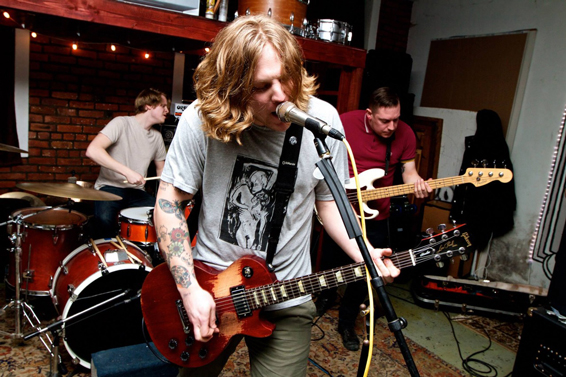 LOOSE PLANES and 6131 Records have teamed with AbsolutePunk.net to offer a stream of the band’s entire forthcoming debut EP, due out next Tuesday July 8th on 7″ vinyl and through digital outlets worldwide. 6131 Records have also made the release available early on their own Bandcamp page,

Recorded by Matt Jordan (Into It. Over It., You Blew It!, Their / They’re / There) at Atlas Studios in Chicago, IL and mastered by Will Yip (Pity Sex, Daylight, Title Fight) at Studio 4, the debut release by LOOSE PLANES exhibits an incredible knack for writing songs that are both infectiously catchy and powerfully intense. The release only teases at their potential though, leaving the door wide open to a promising future.

Hailing from Detroit, Michigan, LOOSE PLANES formed with one goal in mind: to create catchy alternative rock that harkens back to the days when it was okay to have a little power in sound and catchiness in your hooks. Almost immediately, they bring to mind ’90s greats like Dinosaur Jr. and Sugar, yet simultaneously infuse a vibe only musicians that grew up in the current punk scene could create.