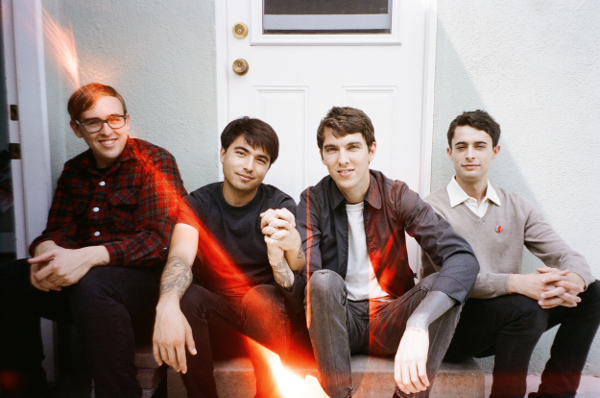 “… this is the kind of record that made The Replacements and Weezer so brilliant” NME
“Joyce Manor’s most ambitious and diverse album” Pitchfork
“… emotionally pummelling as it is incessantly catchy” DIY
“What this one lacks in longevity, it more than makes up for in quality and impact” Rock Sound
“California’s Joyce Manor drop pearls of pop-punk wisdom: songs that are rich in melody, short in length, and colored with a gentle-hearted loneliness.” – Spin
“the punk band can pack an emotional wallop with as much as a yelp.” – NPR

Creating their most lyrically powerful album yet, whilst retaining the infectious nature that gained them legions of fans, Joyce Manor’s new record has been lauded on both side of the Atlantic, with Pitchfork calling it “their most ambitious and diverse album” and NME comparing them to indie-rock greats The Replacements and Weezer.

The band have also just unveiled the homemade video for ‘The Jerk’, available to watch now on YouTube.

Their forthcoming tour takes in 15 dates across Europe. Tickets go on sale Friday 25thJuly at 9am.