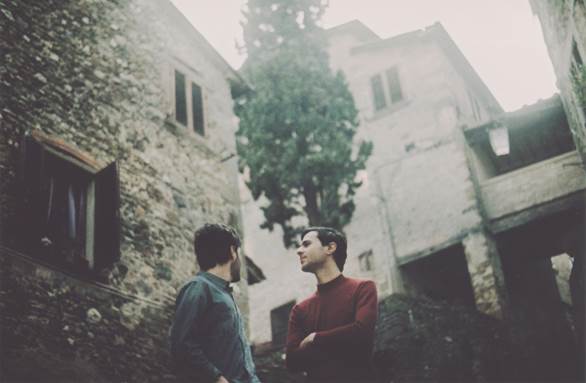 Fresh from their debut 3 shows at Glastonbury at the weekend, the festival’s Emerging Talent Competition Winners and The Guardian’s New Band of the Week M+A are set to release their upcoming single ‘When’ on August 4th through Monotreme Records with mysterious London trio Is Tropical and fellow Italians Aatlas providing their own re-works of the original.

Check out the remix here:

The Italian duo were selected by Michael and Emily Eavis as the winners of the annual competition, winning a slot on the West Holts Stage alongside M.I.A, Goldfrapp and Diclosure to name a few. The also played a secret show in the backstage bar after Bryan Ferry’s performance on the Saturday night and The Rabbit Hole on the final evening.

‘When’ is set for release on 4th August via Monotreme Records and taken from last years ‘These Days.’ Released in September, the album cleverly combines sunny, European dance-pop and laid back electronic vibes with a soulful twist. The track is the perfect antidote to the English Summer and showcases the pair’s trademark sound.