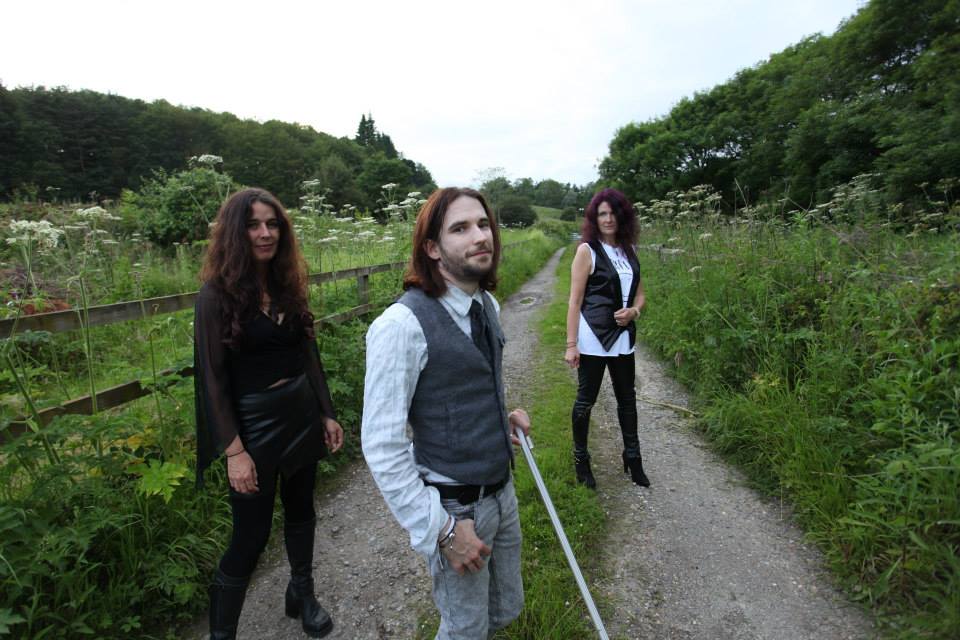 stickybackplastics is all about about dark, bluesy, heavy hooks with a noise-rock undertone. Grinding riffs, brooding basslines. Epic vocals. Music to make your hair stand on end. The York-based alt-blues three-piece are- Roz Walker (guitar) and Heather Niven (vocals), alongside Dom Smith on drums.

The band came together with a simple desire to create music to soundtrack the world’s best and worst heartbreaks.

Stating their influences as Garbage, PJ Harvey and Portishead, the band are “driven by a shared desire to create great guitar and blues-driven rock music that emotes any type of emotion in the listener”.

Roz and Heather met at a way-too-grown-up garden party in deepest North Yorkshire, and quickly realised they had a great synergy for all things creative.

Vocalist Heather says: “There is something instant, forceful and immediate about singing, there is an excitement and passion like nothing I get from painting. Have you ever had goosebumps from looking at a painting? Music reaches a different part of you.”

Roz and Heather have been working together as artists for a number of years before their began exploring their collective musical potential. The track on the debut EP were built by Roz a number of years ago, and they’d been looking for a drummer to turn their work into a proper band. Following a number of meetings over the years between Heather and disabled entrepreneur Dom Smith within York’s vast creative network, a friendship grew that led to him becoming the drummer and perfecting the trio.

Their debut EP, a self-titled introduction to stickybackplastics recorded at The White Rooms, York, UK, is available on Bandcamp: http://stickybackplastics.bandcamp.com – fans just need to name their price

In the coming months stickybackplastics will be releasing an EP of remixes, followed by a new music release by the end of the year.