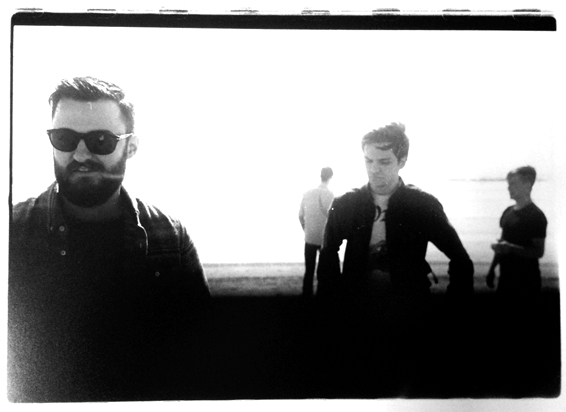 Lots of bands have been mining the fertile landscape of ’90s music for inspiration lately, and HEMINGWAY is no exception. What sets this Portland, Oregon band apart though is what they’re tapping for influence, reaching deep into the lesser known realms of that decade and extracting elements of infectiously melodramatic pop. Think Silver Scooter, Superdrag, and Knapsack, yet filtered through nearly two decades of collected dust and bargin bin obscurity. Some might call the music HEMINGWAY creates “emo” but to do so relegates their heartfelt creations to something less than genuine and authenticity is something this band has unmistakably.

With the release of their debut album, Pretend To Care, HEMINGWAY put forth ten tracks of heart-on-the-sleeve pop goodness that simultaneously feel sunny yet full of melancholy, a dichotomy essential in the most masterful of ’90s releases too. Recorded by Jack Shirley (Joyce Manor, Tony Molina, Deafheaven), the sonic quality of Pretend To Care matches the great songwriting contained within.

6131 Records will be releasing Pretend To Care by HEMINGWAY via LP / Digital on September 30th, 2014.

In anticipation of the album’s release, HEMINGWAY have teamed with Stereogum to premiere the song “No Hard Feelings” from their forthcoming full length, available to stream at the link below.