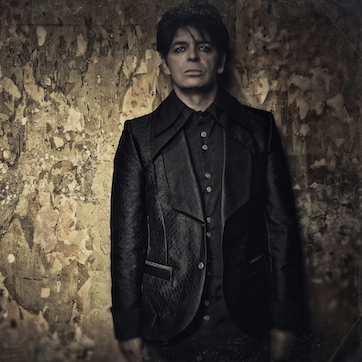 IAMX directed video for ‘I Am Dust’ out now

Following a storming national UK tour with rave reviews and a rapturously well-received set at Sonisphere festival, Gary Numan is pleased to unveil a brand new video for his recent single ‘I Am Dust’ – directed by Chris Corner – the mastermind behind audio-visual project IAMX.

“‘I Am Dust’ was a very exciting promo to film. The wealth of creative ideas pouring from Chris was very impressive. He knew exactly what he wanted and how to get it. Plus he was able to translate those ideas into clear instructions for me to follow. It was hard work to be honest, but very enjoyable.” Gary Numan

“When I saw Gary in Los Angeles performing  ‘I Am Dust’, I knew I had to try to capture his immense stage presence and energy in the video, and to combine it with the raw, abstract visual world that it evokes in my head. Primal, subconscious, mystical, wild.  We asked Gary to do some strange things. He did them without question. A testament to his trust and professionalism.” Chris Corner (IAMX).

Gary Numan headlines Alt Fest on 16 August and the Hammersmith Eventim Apollo on 28 November, where special guests Gang of Four have just been confirmed as support.

Down By Law’s first UK tour in over a decade is almost upon us!‏