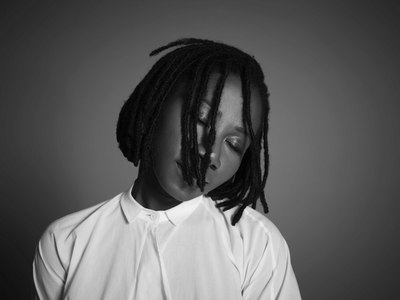 Bed of Stone finds Aşa (pronounced Asha) still possessed of the melodic nous she’s come to be known for, yet this time, it’s more engaging than ever. These new songs speak of much more than just the emotions of Bukola Elemide (aka Aşa) – chiming as they do with universal melancholia, dreams and reflections.

Bed of Stone took shape following a dazed Aşa’s return from a particularly gruelling tour to promote the release of Beautiful Imperfection. “I needed time to pull myself together. I toured for 2 years, gave everything I had every single night. I had been the girl that was full of life, force and energy that people looked at for 2 hours on stage, and then congratulated backstage after the show. But I was going home alone, never really realizing how exhausting all that actually is….”. Surprisingly though, tour fatigue manifested itself not in the downing of tools, but in wanderlust- Aşa swiftly took off to the likes of her native Lagos (where she originally became an artist), Berlin, America, London and Paris, penning new material en route. These travels ultimately proved to be as personally fulfilling as professionally, with Aşa saying of the period;” I wanted to feel human again. Meet new people and do everything I always wanted to do before I hit 30. I wanted to learn to swim, rent a car and drive from Nashville to New York, and from New York to Los Angeles, and I wanted to learn to skateboard and drive a motorcycle”.

It’s fitting then, that this new material was recorded in various locations around the world, eventually concluding in Sussex with Aşa’s long-standing collaborator Blair MacKichan, who has previously also produced albums for the likes of Lily Allen, Sia and Paloma Faith. It was in partnership with MacKichan- in two hours flat- that Aşa also wrote the EP’s title track, lyrically fuelled by the hurt of a close friend’s betrayal.

Born in Paris, Aşa had originally relocated with her family to their native Nigeria aged 2, where she grew up both immersing herself in her father’s impeccable collection of Fela Kuti, Marvin Gaye, King Sunny Adé records, and startling people with her rich, low-pitched singing voice. Ultimately though, Aşa’s destiny lay back in Paris, where she returned in her early twenties, to be promptly signed by the city’s Naive Records (whose alumni include the likes of M83 and Carla Bruni), who then went on to release her debut album Aşa and it’s follow-up Beautiful Imperfection.

Over 400,000 record sales and well over 300 sold-out international tour dates later, 2014 sees Aşa making a welcome return to the UK. And fittingly for an artist whose Nigerian name translates as ‘hawk’, you sense Bed Of Stone may now take Aşa to even greater heights.