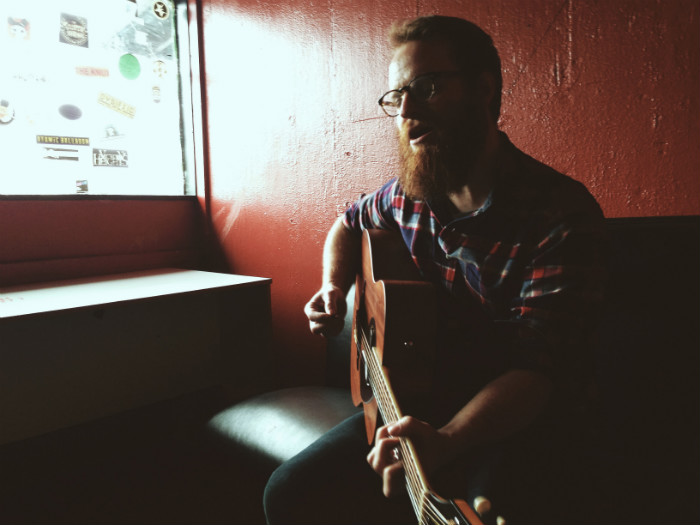 Aaron West and The Roaring Twenties
Stream upcoming album ‘We Don’t Have Each Other’ in its entirety:

‘We Don’t Have Each Other’, the debut album from Aaron West and The Roaring Twenties is now streaming a week early in its entirety via the Hopeless Records YouTube Channel. The album will be officially released on July 7th and is available for pre-order now.

Aaron West and The Roaring Twenties is the solo side project of Dan “Soupy” Campbell of The Wonder Years and he’ll be debuting tracks from the album at a special one-off matinee show at the Fighting Cocks in Kingston on 23rd August.

Composed of 10 tracks, ‘We Don’t Have Each Other’ documents the worst year of Aaron’s life. “Everything I had ever written lyrically up to this point had been non-fiction,” explains Campbell. “I wanted to push myself to get those same emotions out of a character piece, to make a piece of fiction feel just as raw and personal as songs about my life, and so I created a man named Aaron and I set out to truly understand him. I wanted to know where his parents were from and what God he grew up knowing. I wanted to know what football team breaks his heart every December and if he has it in him to give up smoking. I wanted to know how he got here. I wanted to know how he handled tragedy.”

Track Listing:
1. Our Apartment
2. Grapefruit
3. St. Joe Keeps Us Safe
4. Runnin’ Scared
5. Divorce and the American South
6. The Thunderbird Inn
7. Get Me Out Of Here Alive
8. You Ain’t No Saint
9. Carolina Coast
10. Going to Georgia by The Mountain Goats

Click here to watch the official music video for ‘Divorce and the American South’:
https://www.youtube.com/watch?v=Rn_-FgydQjo