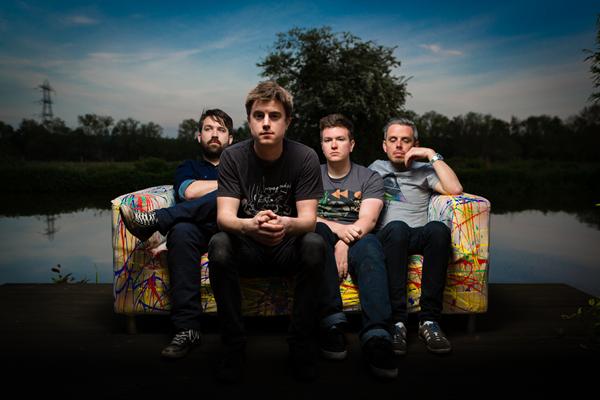 In the year Vladimir Putin was nominated for the Nobel Peace Prize and Danny Dyer’s career bottomed out with a starring role in Eastenders, Guidford based angular-punk quartet TRAILS announce a new video and details of a Kickstarter project to fund their forthcoming debut album!

Following a two week European headline tour, the band have revealed the video for their new track ‘Egos At The Door’ and announced news of their debut album ‘Crooked Trees’ to be funded by a Kickstarter project launched today. The new single is the first track to be taken from the album.

“At the beginning of 2013 we released our second EP ‘Signs’ – a more brash and hardcore infused follow up to our self-titled debut” explain the band of their future plans “We decided it was the opportune time to start work on our first ever full length, and set ourselves the challenge of writing and recording it all within the space of 12 months.”

“We need your help to fund the release of our debut album – from the recording costs that rack up, to the pressing and printing costs of vinyls and CDs, it don’t come cheap. Everything we do is self funded, and we can only continue to write and release music with your help!”