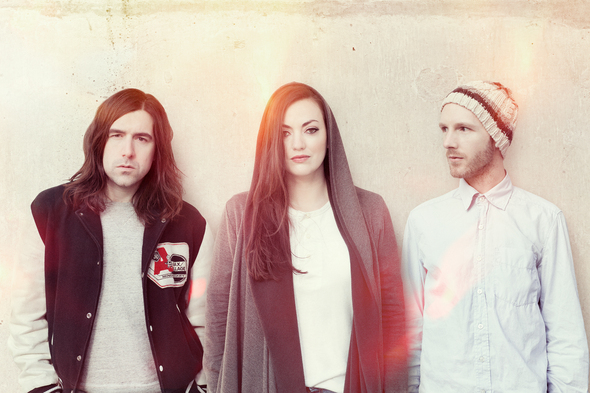 With the release of The High Wire‘s new album ‘Found In Honey’ just three weeks away, the trio are pleased to share new track ‘Angelspeech’.

‘Found In Honey’ was produced by The High Wire, Andy Rugg and Rik Simpson (PJ Harvey,Portishead) and was recorded at Coldplay’s Beehive Studio in London. While R&B, psychedelia, shoegaze and folk can all be heard on the record – it’s the pop influences that resonate loudest, with key nods to 60s Motown, New Order, Soul II Soul and Gorillaz.

The High Wire began as a solo vehicle for singer/songwriter Tim Crompton. Soon after the completion of debut album ‘Ahead of the Rain’ in 2008, the line up expanded and now counts west coast Canadian Alexia Hagen and UK native Ross Forrest as core members alongside Crompton. The band released their second album ‘The Sleep Tape’ in 2010.