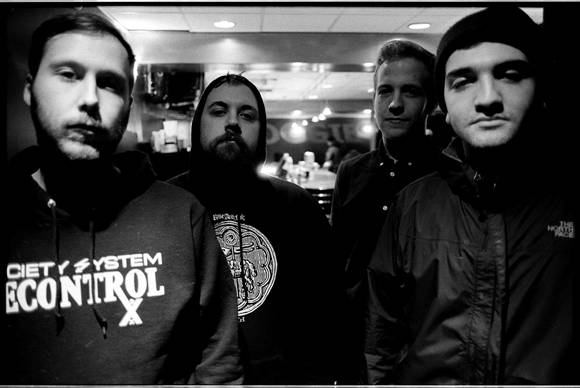 Cut from the same cloth of today’s most influential hardcore, My Fictions are a force to be reckoned with. They are unapologetically heavy. Deliberately tense. Manically varied. Though their influences number among acts like Pg. 99, Converge and American Nightmare, the family My Fictions has been born into is one that is revolutionizing the genre today.

Since forming in Massachusetts’ Merrimack Valley in 2010, the band has seen added releases to their discography — including 2013’s When You Are Close, I Am Gone, the celebrated collaborative split with The Saddest Landscape and the band’s Topshelf Records debut, Always Trapped (preceded by I Want Nothing, a split with Aviator and a 2011 demo). 2014 will see the band’s controlled chaotic stylings and singer Bryan Carifio’s brilliant lyrics and vocal delivery paired on Stranger Songs — the band’s first full length studio album.

You can pre-order the album here: http://www.topshelfrecords.com/products/528246-my-fictions-stranger-songs