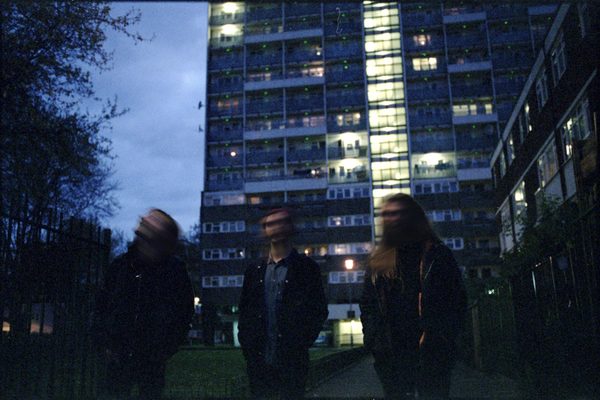 WATCH THE VIDEO FOR INFATUATION HERE

The video – a compact cinematic epic – was created by London-based filmmaker Jake Dypka, who upon hearing an early demo of the song knew he had to be involved: “Jake heard Infatuation and said it transported him to his adolescence – to that time and place where every teenage crush eats you alive. He wanted to shoot something that conveyed that – in the end we actually went to the town where he grew up, we even filmed in his childhood home.”

Liu Bei (“Lou Bay”) explains frontman Richard, was born out of a desire to move away from years of solo acoustic songwriting and embark on something entirely new. In August 2013, on the brink of retiring from live music and concentrating fully on an already successful career writing music for TV shows and ads, Richard embarked on a collaborative project with a few friends which eventually led to the full formation of a band. After falling in love all over again with the likes of Slowdive, Ride and Mazzy Star, he felt an urge to create something epic and timeless.

The first song to come was Infatuation – a shimmering, reverb soaked lament charting “how dedication and unconditional love can so quickly turn into something dark and sharp toothed, an aggressive obsession.” You can hear the life cycle of the band within – it retains the reflective, introverted character of its early acoustic form, but builds those raw emotions into something more panoramic, a wash of delayed guitar and building drums reminiscent of the Cocteau Twins.

Infatuation was recorded and mixed by James Kenosha (Pulled Apart By Horses, Rhodes, Dancing Years) at The Lodge studio in East Yorkshire during the first days of 2014.