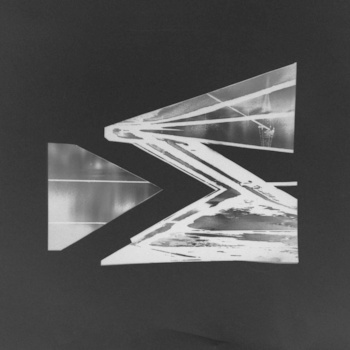 Having formed in 2011, this trio are one to watch. U Sco are simply explosive. Consisting of Phil Cleary on drums, Jon Scheid on bass and Ryan Miller on guitar. Hailing from Portland, Oregon the musicians have been playing together in one way or another since 2007. Notable projects by members of U Sco are The Jezebel Spirit, Witheyesabstract, Duck. Little Brother, Duck! and Soft Skills- all acts we’ve featured and praised at some point on the site- we are very excited about the opportunities that lie ahead for these three.

U Sco released their debut album back in November of 2012 titled NEST, the debut was released on New Atlantis Records. NEST was recorded live in Portland Oregon and featured three longer, more experimental pieces as well as some demo’s of other songs. 2 years later, U Sco are on the edge of releasing their sophomore follow up and their first official LP release titled “Treffpunkt“. The album is set for release on New Atlantis Records September 15th. The album is a milestone for the three and with the two tracks from the album already streaming for the world- this is obvious to hear. U Sco are aggressive, experimental and influential. Fusing elements of experimental, jazz, psych rock, punk and noise and creating compositions that simply captivate. Treffpunkt was recorded in Portland Oregon in December of 2013 By Paurl Walsh, member of Seattle band X-Ray Press.

All digital & physical pre-orders of Treffpunkt will come with an early release of the full album in your choice of digital format on July 15th 2014. 12″ LP’s come with special limited edition packaging. Silk screened front cover design by Ian Anderson and the Designers Republic. Album art design by Jon Scheid. Digital download comes with original album art.. The money from every pre-order goes directly to getting Treffpunkt released!

Pre-order your copy and make room for this release in your collection. – http://usco.bandcamp.com/