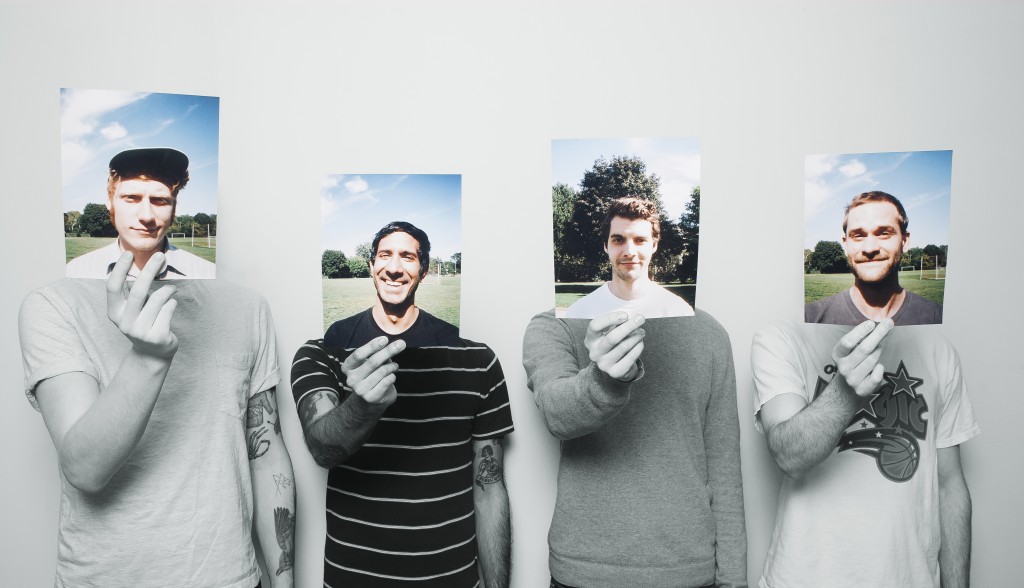 Today marks the release date for the debut full-length If Anything from Toronto’s Greys via Carpark/Buzz Records.  The record is already garnering excellent reviews, as evidenced below.  Greys kick off a North American tour this week, those dates are below as well.

After the release of three EPs in as many years (2011’s Ultra Sorta, 2012’s Easy Listening and 2013’s Drift), If Anything sees Greys scraping raw the influences of their punk heros, bands such as Drive Like Jehu, Shellac, and Unwound, combining them with a dirty tapestry of angular guitar textures and irregular rhythms that propel the album’s 11 tracks forward at breakneck speed.  The band writes loud rock, but it’s also some of the poppiest music that’s ever been allowed to lay claim to such a title.

Praise for If Anything:
“It shows the group embracing their ’90s discordant rock influences while forging onto their own crunchy, serrated path.” –Exclaim!

“If Anything, the debut album from Toronto quartet Greys, is a remarkably assured, resolutely compelling thirty-five minutes of sharply-angled punk rock…something at once thrillingly vital and intangibly archetypal” –The Line of Best Fit

“Twenty years after Kurt Cobain’s death, this Toronto four-piece summon up the spirits of Nirvana, Sonic Youth and Fugazi on their debut” –NME

“Toronto is arguably the North American hub for loud, strident guitar bands…Post-hardcore/grunge enthusiasts Greys, however, might just be the best of the bunch.” –Noisey

Praise for Greys:
“Greys are an utter force that you just have to see live. Especially if you’re a heavy band, power and precision are pretty much requirements, not luxuries, but Greys have so much of both that I managed to get caught off guard by their tightness.” –BrooklynVegan