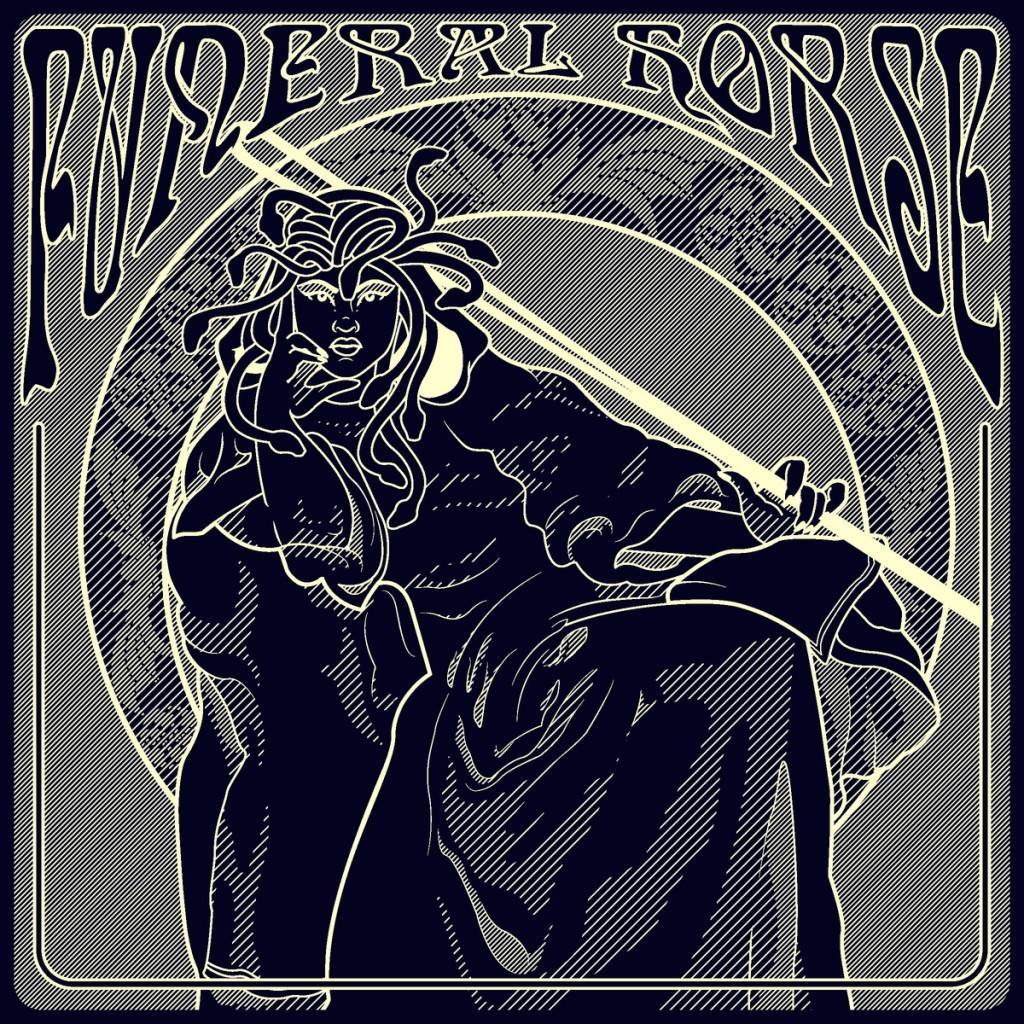 Listen/Download ‘Until The Last Nation Falls’ via –

Made up of front man/guitarist Paul Bearer, bassist Jason Andy Argonauts and drummer Chris Larmour, Houston’s Funeral Horse are offhand in their attitude to technical virtuosity. Whether rocking their way through dark blues or dissonant experimentation Sinister Rites Of The Master is unapologetically thunderous.

Following on from last year’s Savage Audio Demon, Sinister Rites… will be released this August on Artificial Head Records. An imprint that to date has seen releases from fellow Texans and garage convivialists The Escatones, David Gedge’s much-loved Cinerama and the criminally undersung post-punk outfit Art Institute.

Under the influence, this current assembly of unholy noisemakers produce music to gouge minds to. Murky and fuzzed out, punk by execution but unmistakably proto-metal in mass and volume the album peddles the sort of sounds you might find at the angrier end of a Sub Pop or Touch and Go discography. A shot in the vein of Tad via Mudhoney’s raw megaphonic vocals (‘Until The Last Nation Falls’, ‘Amputate The Hands Of Thieves’) Funeral Horse also take in the vintage and lo-fi grind of traditional stoner, and even classic rock, as best heard on their storming cover of Rush’s ‘Working Man’.

The first pressing of Sinister Rites Of The Master will be released 11th August 2014 via Artificial Head Records on hand numbered/multi-coloured 12” vinyl (Limited to 333 copies) and can be purchased from www.funeralhorse.bandcamp.com.