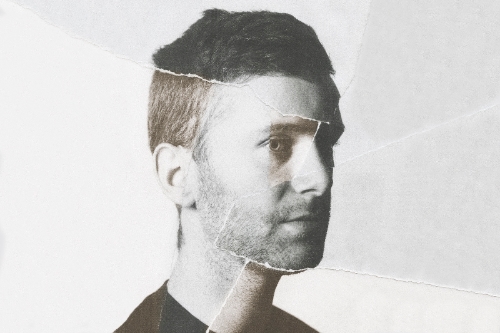 Cadence achieves its emotional peaks with with subtle but stunning clarity The Guardian
Simply put, this is a truly gorgeous song from one of the most exciting up-and-coming talents in Australia Indie Shuffle
If you’re looking to be moved, look no further The Music Ninja
Cyclical motions, yearning vocals and a bass that’s far too hot to touch The Line of Best Fit
Cut from the cloth of the finest fabric is the man Fractures Hilly Dilly

Australian solo outfit Fractures has announced the release of a new self-titled EP on July 4, 2014, alongside a new single ‘Won’t Win’ (out now).

This new release sees Fractures- aka Melbourne native Mark Zito- draw together much-anticipated new material alongside hotly-tipped previous singles ‘Twisted’ and ‘Cadence’- the former promptly went top 3 on Hype Machine, eliciting praise from the likes of Gotye and Chet Faker along the way, whilst The Guardian tipped follow-up ‘Cadence’ as ‘a downtempo electro burner bringing to mind Jamie Woon and James Blake’. The raft of interest in Fractures’ output has resonated far beyond the approval of critics and fellow musicians, with both tracks now in excess of half a million plays on Soundcloud.

The much-delayed release of Fractures comes after a serious accident in late 2013 put a permanent question mark over the future of Zito’s musical career. In possibly the cruellest case of life imitating art, just days before his live debut in Australia, the producer and multi-instrumentalist suffered a near-fatal fall, leaving him with a fractured neck & confined to an orthotic halo for a recovery period of 3 months. The musical hiatus this foisted upon Zito put an indefinite full stop on his new project, just as Fractures was beginning to thrive; ‘It was a hard time for me’ says Zito, ‘everything was starting to click, and I was stuck inside’.

Incredibly, Zito persevered to remain productive & creative whilst essentially immobile, and Fractures bears the fruits of his writing whilst in recovery. The leftfield R&B of new single ‘Won’t Win’ pitches Zito’s plaintive, featherlight vocals atop a tightly wound guitar loop with the slowburn intensity which has fast become Fractures’ calling card. Elsewhere, Zito multi-tracks his voice to languorous effect on ‘It’s Alright’, itself the down-tempo flipside to the woozy pop nous displayed across ‘Cadence’ and the expansive, upwardly arcing ‘Embers’.

Happily, Zito’s complete recovery from his injuries now signals a soon-to-be-announced run of live shows from Fractures through 2014, which will see Zito (replete with 5 piece band) lifting the new EP up & out of the studio, translating his crisp productions with the luxurious depth and resonance so evident across Fractures.