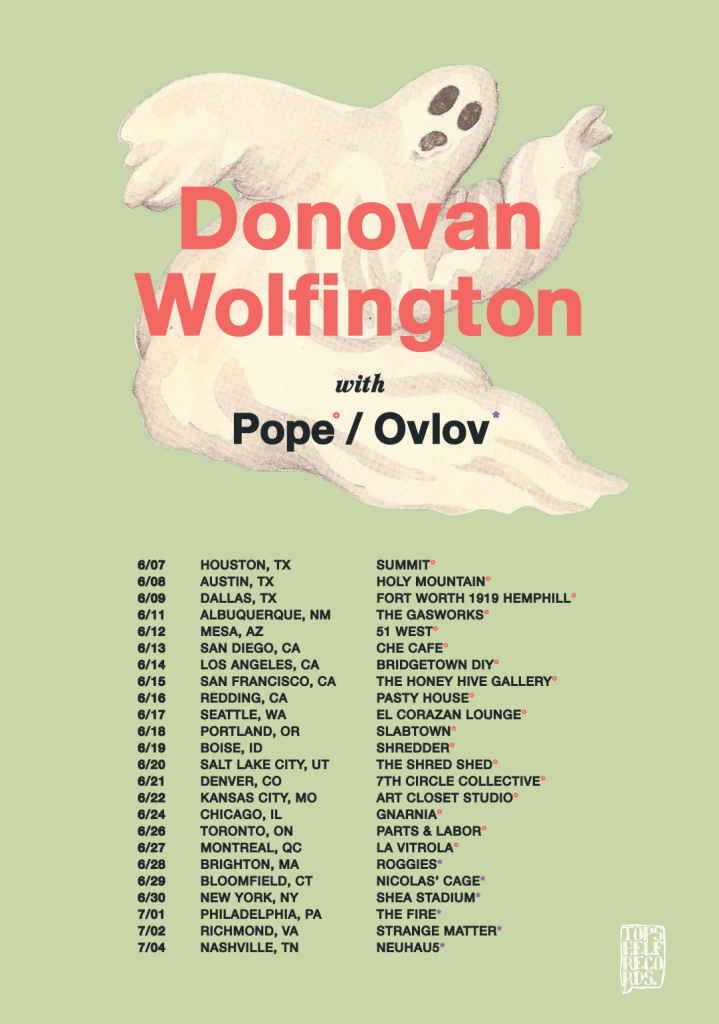 The band first garnered attention for their 2013 debut full-length, Stop Breathing. On their newest effort, Scary Stories You Tell in the Dark, the band presents 5 tracks of Thin Lizzy-esque guitar lines, snotty vocal harmonies and brutal lyrics that are primed to be on any summer party mix. Noisey praised the release saying, “It’s a scattered mix of about a dozen genres rolled into one. Some parts party punk, other parts post hardcore, even a little 90s alterna-rock and grunge mixed in. We dug it.”

Order Scary Stories You Tell in the Dark

Donovan Wolfington’s brand of catchy, yet emotional punk draws from an eclectic group of influences including partying, making friends, traveling, and growing up in general. Neil Berthier and Matthew Seferian met at their college freshman orientation in 2011, both with the hopes of getting out of college alive and playing some music along the way. When they got to college, they realized that everyone else that they had jammed with was not trying to rock nearly as hard as they were. With different musical ideas in their minds, and the same amount of energy and frustration built up, they decided to form what is now Donovan Wolfington.