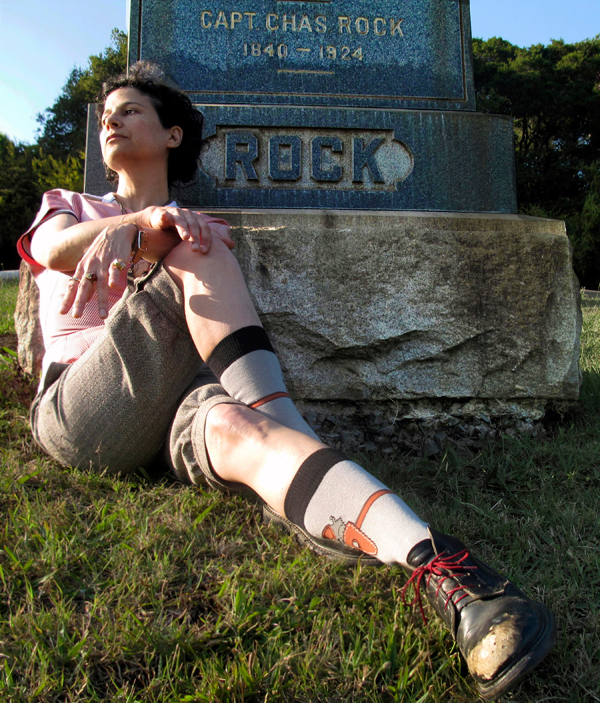 LISTEN TO ‘DEEPER THAN THE WELL’ & ‘LAZY CROSSBONES’

Carla Bozulich will make a long overdue return to Cafe Oto in London on Friday 13th June. For the art-punk heroine, songwriter, literary writer, conceptual-producer, teacher, firebrand musician and Evangelista leader, this marks her first appearance in the UK since 2010.

For the London show, Carla shall be accompanied by three other musicians; John Eichenseer (aka JHNO), a musical and technological catalyst who helped write and produce Boy with Carla and who is the primary collaborator on the music. Also joining the two on stage will be drummer, electroacoustic musician and composer Andrea Belfi, who was primary drummer and co-songwriter on Carla’s new album. His projects and collaborations extend to diverse musical fields, from rock to electroacoustic music and radical improvisation, from audio/visual performances to sound installations. He plays with David Grubbs, Mike Watt, Aidan Baker, BJNilsen, Erik Skodvin among others. Finally, completing the live line up, Adrián de Alfonso, aka Don the Tiger who has been one of the most active and inquisitive musicians of Spain’s underground scene for over a decade. Not only as a front-man and guitarist of legendary bands such as Bèstia Ferida, Veracruz, Capitán or Homenatges, but also accompanying and improvising with the likes of Lydia Lunch, Mark Cunningham, Weasel Walter, Robert Forster, and of course, Carla Bozulich. They shall largely be drawing from songs from Carla’s acclaimed, aforementioned new album, Boy which Constellation released in March.
Boy is Carla’s self-proclaimed “pop record” and undoubtedly it is, albeit withinthe context of her particular path of experimentation and deconstruction. Boy is a refreshing and much-needed reminder of what pop – as an oblique angle, influence, and intent – can do in the hands of a ferociously commanding singer/lyricist who has cut her teeth on genre-bending, genre–blending, and DIY aesthetics. Bozulich says she was “resuscitated” in her teenage years by punk rock, and then “destroyed, in a good way” by people re-inventing the idea of how music works. Here is a batch of ten songs that clock in at 3-5 minutes each, mostly hewing to recognisable structures of verse, chorus and bridge, but full of destabilizing accents and strategies, and nothing that could read as winking irony, gloss or mere effect/affect. The songs are grounded by hooks and melodies, delivered by the singing itself, with the underlying instrumentation and arrangements always in the service of Carla’s voice and lyrics – in that respect, there is a strong through-line from the Evangelista albums. But Boy sharpens and focuses each song’s intent and structure; unlike most of the Evangelista work, this new album, apart from a song or two, would not be mistaken for sound art, dark ambient, or quasi-Industrial music.
As Bozulich points out in the liner notes, Boy is not strictly a “solo” album. While she wrote most of it, played the majority of the instruments and made the album artwork, the album’s creation was aided, abetted and sometimes rescued by the input of John Eichenseer (aka JHNO). John provided musical and technical input throughout the two-plus years of the making of the album, while the duo traveled and played together all over North America, Europe, South America and India – with a particularly fruitful burst of writing on a tiny island off the coast of Istanbul. They joined the Italian drummer Andrea Belfi in Berlin to record with his impeccable rhythmic support. The songwriting reflects a life of travel – remaining purposefully uprooted and nomadic, living without ever really unpacking that single bag – and guided by some of Bozulich’s most perceptive, honest and sometimes venomous lyrics.

Boy unfurls a beautiful, unsettling narrative wrung from an artistic life of unflinching creative experience, commitment, courage and learning. It is sharp, supple, satisfying and generous.

“If Boy emerged from the oeuvre of a broadsheet-friendly icon such as Nick Cave, Patti Smith or Tom Waits it would be lauded as an uncompromising work of genius.” – SUNDAY TIMES CULTURE
“Bozulich’s vocals are so forceful and transfixing, in fact, that it’s easy to overlook her skill as an arranger and sound artist. Playing the majority of the instruments herself, Bozulich specializes in creating combinations of sounds and textures that continually loosen the songs’ moorings. The Tom Waits-like grind of the lusty “One Hard Man” is punctuated by vivid blasts of industrial noise, while distant strings echo through “Drowned to the Light” like fading spirits. At her best, Bozulich uses the vernacular song forms of country, blues, and yes, even “pop”, to tap into something that feels much more elemental, a vein of primitive emotion that feels like it could pre-date the notion of musical genres entirely. Her work on Boy should be sufficient to satisfy her longtime followers and perhaps draw some new onlookers into the fold.” – PITCHFORK

“The album is anchored by the ever-visceral voice of Bozulich herself, her beautiful life-worn tones, as raw and emotion-soaked as ever, here twisting themselves into and around alluring melodic shapes, accompanied by the evocative instrumentation of Bozulich, her main collaborator John Eichenseer and drummer Andrea Belfi, subtly balancing angularity, noise and sparse restraint, all painting an often dark and quietly unsettling, but utterly enthralling picture, shot through with flashes of heart-warming light.” – ROCK A ROLLA
“Blues and country glimpsed through the smoke-darkened lens of LA noir…Boy moves away from the loose instrumentation and sparse production of Evangelista, and makes much use of the interplay of surfaces, setting vocals amid thick, fetid atmospheres that part to reveal unexpected spaces…”Number X”…an initially hesitant and restrained feedback builds to a broiling intensity and a single gasped, mortality-confronting verse…by this point, she doesn’t need to raise her voice to convince.” – WIRE
“At times it’s so heavy it feels as though Bozulich wants to crush you with sound and affect; at others, it’s almost spacious and inviting. This may be Carla Bozulich’s take on pop music, but Boy is rarely anything short of cathartic.” – FACT
“Boy confirms that Bozulich is at least as good as Cave or Waits at contemporising the blues, at crafting bold, gritty, assertive art that is enchantingly oddball yet still accessible, not to mention infinitely rewarding.” – QUIETUS
“In true form with Bozulich’s other solo efforts over the years, Boy is intense, intrusive, brutally honest, compelling and mature if not ironically titled; it certainly bears nothing in common with infancy.” – THE LINE OF BEST FIT
“Like EMA, St. Vincent or Emika, Bozulich is keyed in to the true meaning of the Gaga-devalued phrase ‘art pop.’ Her lyrics are claustrophobic confessionals, her songs immaculate dirges and murder ballads.” – THE SKINNY
“It’s pop in that these songs have choruses and verses, and are steeped in what could loosely be called Americana, exhibiting elements of folk, blues and gospel. Yet it’s as if someone has taken these forms, beaten them with a shovel and left them out back for the vultures. Boy’s soundworld is extremely sombre, eerie and unnvering, full of paranoia and disconnection.” – THE LIST
“Bozulich knows how to use the rules to break the rules and then re-construct them into her own set of rules. It’s a powerful trait to have, especially in today’s society. We need Bozulich in our lives.” – SELECTIVE MEMORY
“Listening to Boy conjours up an image of a smoke filled jazz cafe where we plot the revolution in one corner. It is the soundtrack to accompany fear, excitement and a wish for things to be better.” – THUMPED