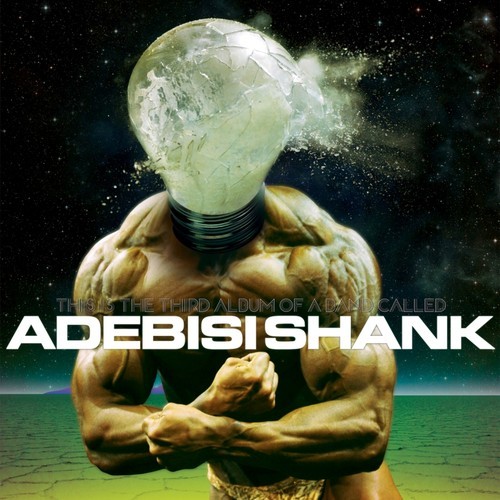 Ireland’s multiple award-nominated trio Adebisi Shank share the first track from their forthcoming release This Is The Third Album Of A Band Called Adebisi Shank. The song “Big Unit” is available to stream and share HERE.

“We were trying to make something euphoric and huge, a universe of our own imagination that we could escape into,” says bassist and masked man Vin. “Our inspirations were more cinematic and fantastical.”This Is The Third Album Of A Band Called Adebisi Shank bursts with pure rock anthems with undeniably danceable structures. Alongside the band’s penchant for unusual instrumentation is their clever use of vocoder-effected vocals which seems to invite listeners to sing along with our robot overlords.

In creating the album’s imaginary universe, Adebisi Shank drew on a hodgepodge of inspirations, includingELO, Enya, Mike Oldfield, Pixar animated films, Crash Bandicoot video game and Game of Thrones. In 2013, the Wexford, Ireland trio consisting of guitarist/vocodist Lar Kaye, drummer Mick Roe and bassist Vin relocated to a secluded house in the wilds of county Wicklow, to avoid distractions and let their imaginations run wild. Writing and recording daily, the result is a multiverse of musical possibilities.
Album opener “World In Harmony” begins deceptively like a dying 8-bit robot’s version of Queen’s “We Are The Champions” before erupting into a full-on anthem filled with stadium chants, digital voices, flavor-blasted guitar riffs, chirping synths and pounding rhythms. Elsewhere, “Mazel Tov” portrays a strangely brave new world wherein early 90s digital funk dance pop meets contemporary indie rock to produce a stompingly catchy tune. Likewise, “Turnaround” is led by a cheery synth melody reminiscent of late-80s pop, while aggressive rhythms and chopping guitars pigpile on top. Unlike the previous album’s cavalcade of guest musicians, this recording consists mainly of the core trio writing, performing and producing, with just a few contributions from outsiders – one of which being Lar’s father, Leonard Kaye adding accordion to “Turnaround.”

This Is The Third Album Of A Band Called Adebisi Shank will be available everywhere on LP, CD and download via Sargent House on August 12th, 2014. 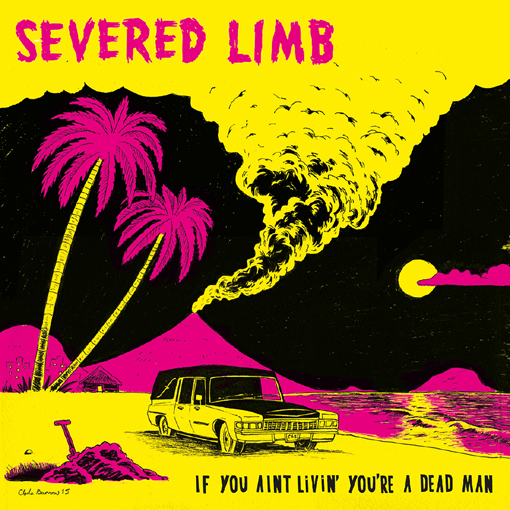