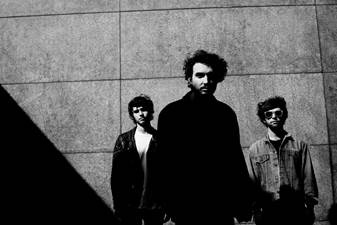 ‘Fool For You’ (Acoustic version)

“A band who sound simultaneously like the Beach Boys, the Velvet Underground, The Shoes, The Jesus and Mary Chain and Dinosaur Jr.”

“Dynamic, unpredictable… something genuinely worth immersing yourself in.”

This Is Fake DIY

The Line Of Best Fit

The fast rising Winchester trio have just signed to Rob da Bank’s Sunday Best Recordings and in a separate publishing deal with Sunday Best / Domino Publishing Co that sees the two publishers come together in a joint venture for the first time, and Fool For You is the first fruit of their labours.

Wild Smiles are currently working on their debut album, which is expected later this year.