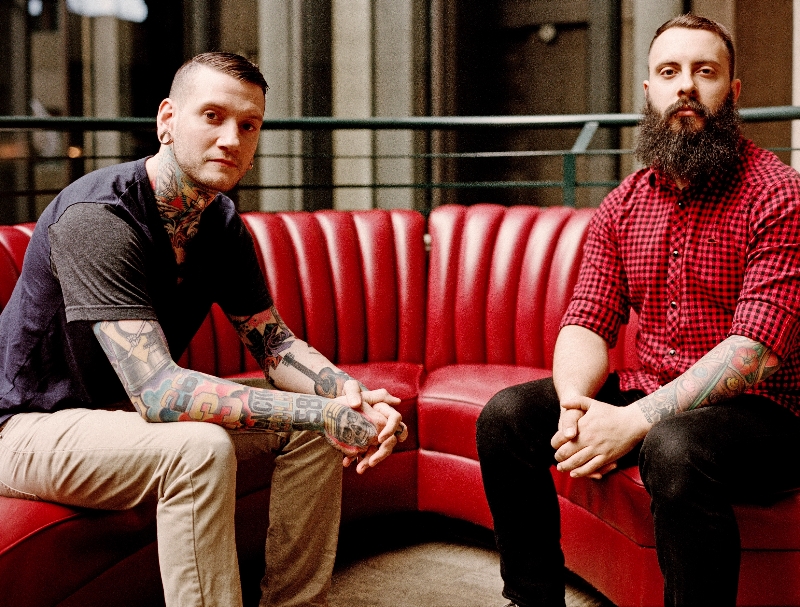 Debut Album Clouded Out May 26 on Epitaph
Pre-order: http://uk.kingsroadmerch.com/this-wild-life/

Southern California duo This Wild Life will be returning to the UK in November as support to Tonight Alive: “We’re incredibly excited to get back to the UK after our first headliner there in January. We can’t wait to play some songs off our new record ‘Clouded’, so learn the lyrics and come sing along! Huge thanks to Tonight Alive for bringing us out to play these awesome rooms. See you in November!”

‘Clouded’ is This Wild Life’s debut album and it’ll be released on Epitaph Records on 26th May in the UK. A new single from the album, titled ‘Roots and Branches (Meant To Be Alone)’, has been released today. Watch a live version of ‘Roots and Branches’ for a glimpse of what you’re in for over the live dates in November: http://youtu.be/CCTtTcC8J6A.

Hailing from Long Beach, CA, This Wild Life is duo Kevin Jordan and Anthony Del Grosso. The pair came together in the tight knit DIY punk scene in Long Beach. They quickly became friends after working at the same musical instrument store, bonding over the music of their teens. Soon enough, they started their own pop-punk band and made music together as This Wild Life. They played fast and they played loud. But then they bucked the norm of the scene they emerged from and went acoustic.

The music itself connected with fans, even as it surprised them. They take pride in making music based in hardcore and punk rock, but with a wider appeal.  In contrast to the harsh music that This Wild Life grew up on, Jordan finds inspiration for his vocals outside the hardcore punk world. “Sara Bareilles is one of my favorites. Maybe people wouldn’t expect that.” They let their roots show as well, covering Bring Me The Horizon’s ‘Sleepwalking’ with a resulting video that currently has 2.75 million views. ‘Clouded’ maintains the core attributes of their sound – Jordan’s vulnerable, expressive lyrics, Del Grosso’s nimble fingerpicking – while pushing themselves towards more ambitious sounds.

This summer, This Wild Life will bring their melodic and acoustic punk-rock to the Vans Warped Tour in the US.