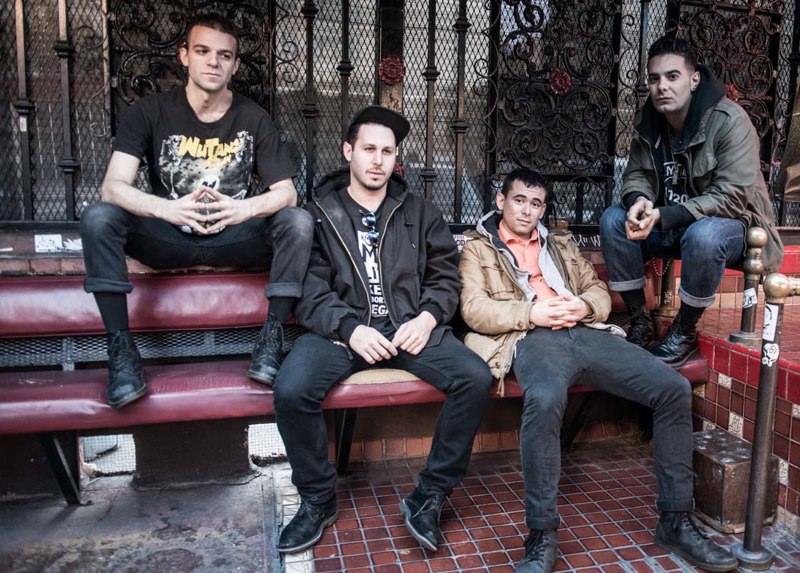 THE SO SO GLOS RELEASE NEW VIDEO FOR ‘SPEAKEASY’

Brooklyn’s The So So Glos have released a new video for their upbeat ‘Speakeasy‘ track taken from their new album ‘Blowout’ released on May 19th via Votiv/Caroline International/Shea Stadium Records.

Filmed at The Armory in San Francisco by director Chris Elia, the band dressed up to the nines to make a statement on internet culture and how easy it’s become to hide behind a wall of anonymity on the web.

“It’s a comment and response to the anonymous arena which can lend itself to racism, sexism, homophobia, bullying and all kinds of ignorance,” explains singer/bassist Alex Levine.

“Without accountability and without having a face, people can get away with anything. “Speakeasy” means the opposite of this. It means if you have something to say, you should be held accountable for it. Just like the old days on the corner in a neighborhood, speaking should be an easy thing to do. “Speakeasy” is just another track that talks about the so so glo that’s emitted from a screen. A generation of communication with nothing to say.”

The band have already seen huge support in the US from the likes of Rolling Stone, Pitchfork and Stereogum and last year made their television debut with a stellar performance on the Late Show with David Letterman.

Look out for their album ‘Blowout’ on May 19th. Pre order it from http://www.amazon.co.uk/Blowout/dp/B00ISGOK3G