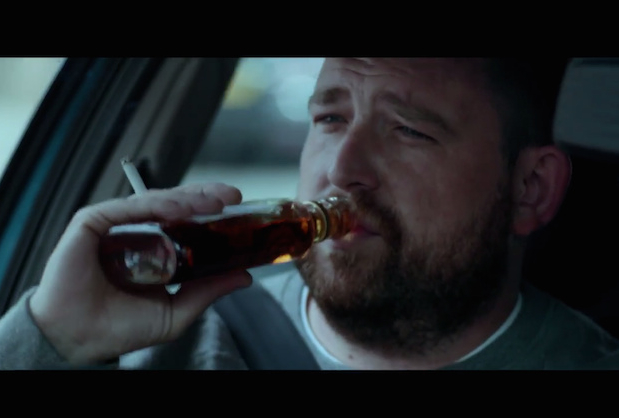 The 2 Bears return from the woods with a bumping piano house banger Angel (Touch Me), the lead single from their forthcoming album The Night Is Young.
The video – premiered today on Thump – picks up on the singles theme inspired by the Wim Venders film Wings Of Desire.  Raf takes on the role of a driver, unravelling physically and emotionally until partner in four four time Joe Goddard, lays a comforting hand on his shoulder.
“I really recognised the feeling people have in that movie when angels come and lay a hand on their shoulder.” says Raf, “Their thoughts slow down and things they’ve been chewing over or worrying about seem to resolve, or get left behind at least for a while. I think it’s a feeling a lot of people know…”
XOYO Resident series: THE 2 BEARS
17/05 The 2 Bears + Hot Chip takeover
24/05 The 2 Bears + Bestival takeover: Rob Da Bank + Cuban Brothers + Severino
31/05 The 2 Bears + Matias Aguayo
07/06 The 2 Bears + Andrew Weatherall + Emperor Machine (Live)
14/06 The 2 Bears + Greco Roman takeover: Wookie + TCTS
21/06 The 2 Bears + Steve Bug
28/06 The 2 Bears all night long (Optimo in Room 2)
Address: XOYO, 32-37 Cowper Street, EC2A 4AP
Time: 9pm – 4am
Web: www.xoyo.co.uk
Advance tickets will be available here: http://www.xoyo.co.uk/events/index.html

Premiered by Annie Mac on Radio 1, ‘Angel’ is released on June 30th on Southern Fried, the first taster of their new album out later this year.

Raphael ‘Raf Daddy’ Rundell and Joe Goddard, have been on their toes since the release of their debut LP Be Strong in January 2012. A radio favourite with singles featuring the ubiquitous Bear Hug, Be Strong was one of the most widely acclaimed dance records of 2012, helping make house music a mainstream concern once more.

The duo met in the DJ booths of London, and from Brixton to Tel Aviv, via Cape Town, they’ve been sharing record decks ever since. Almost every continent has seen the two blending house, techno, ragga and more, a journey both physical and musical that has shaped the album they made on their return.

New album The Night Is Young is set for release on Southern Fried in September, bringing together the myriad sounds of their London home, with their collected influences of the globetrotting adventure the duo have experienced since their debut.