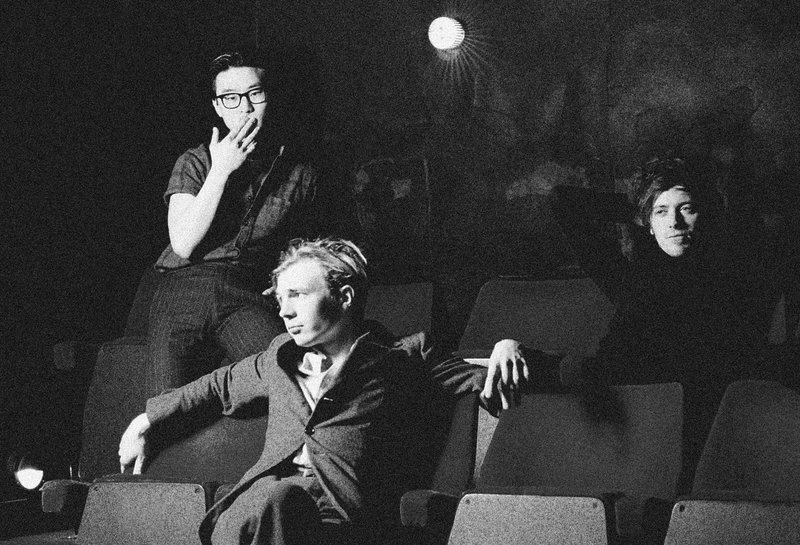 MOVIE have premiered a video for acclaimed debut single ‘Ads’, due out on June 9 via Skelly Records. Having picked up early plays across Radio 1 (including Zane Lowe’s Next Hype), 6Music and XFM, the band have also confirmed plans for their first official hometown show, with a free-entry single launch at The Old Blue Last on June 4.

A crisp, contemporary take on the classic British pop band, the appropriately-evocative world of MOVIE is comprised of Korean frontman Theo Spark (vocals/guitar), Jamie Stiby Harris (vocals/keys/guitar) and Ollie Tobin (bass). 22 years old and friends from the age of 10, their sound seems inspired by the post-punk precision of Orange Juice, the urbane lyricism of Blur, and the 60s-pop harmonies of Helen Shapiro. Already their songs are short, sharp and stylish; full of winks and nods but offering an immediate breath of fresh air amidst the new bands gunning for 2014.

Whilst their name has connotations of cinema, escapism and old-school glamour, MOVIE’s music takes its cue from the less-exotic mundanity of modern city life. The New Wave rush of ‘Ads’, for instance, in fact describes how the omniscience of advertising can result in feelings of inadequacy, anger and exhaustion (the band filmed their debut video, which puts a colourful twist on this theme, in an alcove of their shared South London flat, under the light of an old OHP). With the arch swagger of Bowie-circa-‘Let’s Dance’, B-Side ‘Mr Fist’ is a tale of bitterness, envy and the desire to punch someone, set to the gothic overtones of Halloween Pop. Both tracks are equal parts self-deprecating and boastful, as a means of catharsis: ideas were conceived surrounding the band’s studies at art school and university, and in-between stints “in male escort agencies and private tutoring, with varying degrees of success.” Although smart enough not to take themselves too seriously, if their early work is indication, MOVIE are on the brink of quite serious things indeed.

Dim the lights, and take your seat – MOVIE are about to begin.