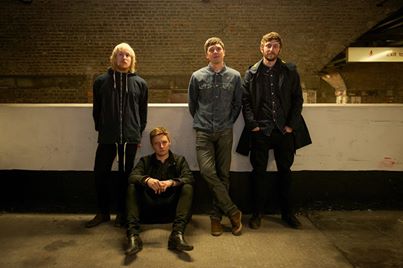 Here at Circuit Sweet we love providing our readers with the best of emerging talent, be it local, national or international. We have the honour in introducing you to the sounds of The Relays. The Relays consist of Adam Redmond (Vocals/Guitar), James Borland (Lead guitar), Paul Hitchen (Bass) and Ben Harrington (Drums). They formed back in 2012 after they were offered a live show at a large venue in their hometown by a promoter who’d heard them rehearsing in a back yard!

In November 2013, the band gave away a free download; ‘You Invented Horror’ which immediately brought them to the attention of regional introducing station BBC Manchester. Following that, saw the release of the debut single’ Last Night She Said’ which was where the band’s momentum really started to take off. The Relays picked up features from the likes of Manchester Evening News, Fred Perry Subculture, BBC Manchester Introducing as well as finding an avid fan in The Verve and Oasis iconic cover artist Brian Cannon who is the mastermind behind the band’s forthcoming single cover artwork.

The band are on the edge of big things, and as their support base grows their talent is projected further. With the forthcoming single release just days away we have the privilege in exclusively hosting their brand new video for their single ‘( Like A ) Satellite’, true to their roots the video is by Brian Canon (Oasis/Verve). 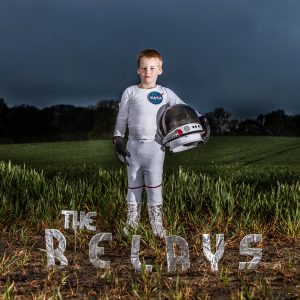 On May 26th 2014 The Relays will release a double A side single titled “ (Like A) Satellite/ South Pacific ” which will be released through Martian Pop Records and available worldwide via digital download.

Following on from the success of releasing “You Invented Horror” and “Last Night She Said” as singles last year, this Manchester 4 piece have been making great waves along the way, playing gigs around the UK and unleashing their own brand of infectious electro indie rock that has seen word of mouth spread positively over the past year. The band take their influences from acts such as Delphic, Kings of Leon, The Stone Roses, Foals and Awolnation to name a handful and had recent live reviews compare them to the likes of New Order and The Strokes. With Adam Redmond’s unique vocal style combined with a band oozing with solid pop hooks and catchy melodies, The Relays possess a sound that many will find hard not to sit up and take notice.

Both tracks of this double A side single offer a lot of variety ….
‘South Pacific’ is a brilliant feel good indie rock anthem, full to the brim with melodies, harmonies, great sounding guitars and soaring vocals. We won’t be surprised if this catches on fast.
“(Like A) Satellite” delves into the band’s electro indie pop side and delivers a huge chorus, which you’ll find running around your head for days.
The Relays are set to tour and promote the release of this single over the coming months with a plentiful schedule of releases planned throughout 2014. Be sure to keep up to date on the band’s website and social networks. The Relays are fast shaping up to be one of the Uk’s most exciting up and coming new indie rock bands. Expect a busy 2014 for this infectious Manchester 4 piece..
For Live Dates visit www.therelays.net/gigs

The Relays really are onto great things, an addictive sound from a forceful act. A name you need to remember.

Trivia- Adam Redmond the singer of the The Relays features as an 11 year old school boy on the artwork of “masterplan” by Oasis!