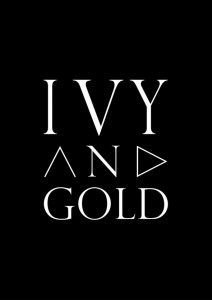 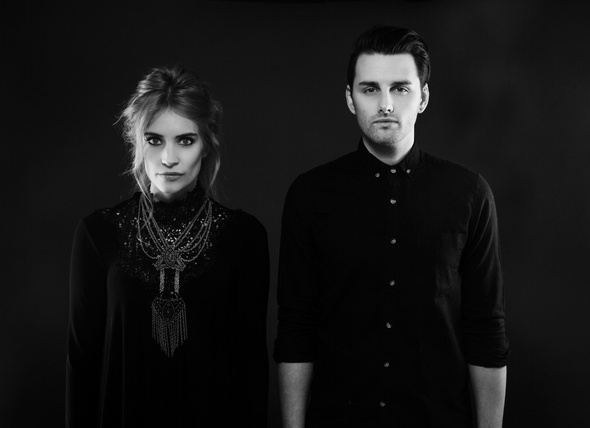 Introducing Ivy & Gold – your new favourite electro-pop duo. Consisting of Rachel Wilkinson andJamie Davies, the two-piece released their debut EP ‘Awake’ last year, and are pleased to confirm the news of their follow up EP ‘Eye of the Storm’ – due for release on June 2nd via 84 World.

Listen to lead EP track ‘Not Had Enough’ here.

Davies handles most of the production in their home studio and steers the basic structure of their songs whilst Wilkinson writes the bulk of the lyrics and vocal melodies. However, as a couple, the pair are a very collaborative force, and one that has successfully smoothed out most of friction from writing with your other half.

With a cinematic quality to their arrangements, it’s not surprising that the duo are inspired by the soundtrack composers Tom Tyker (Cloud Atlas, Run Lola Run) and Hans Zimmer.

Rachel’s lyrics are influenced by the likes of Fleetwood Mac, Jeff Buckley, Tori Amos and Florence and the Machine but she also finds supernatural stories to be a wealth of inspiration.
Having played a string of shows across London, the duo will return in September for a special show at St Pancras Church.

Additionally, Rachel has been creating limited edition canvasses for the band’s merch and their stunning EP artwork – created by a friend – is available to buy as a fine art print. Visit their website for more info: www.ivyandgoldofficial.com