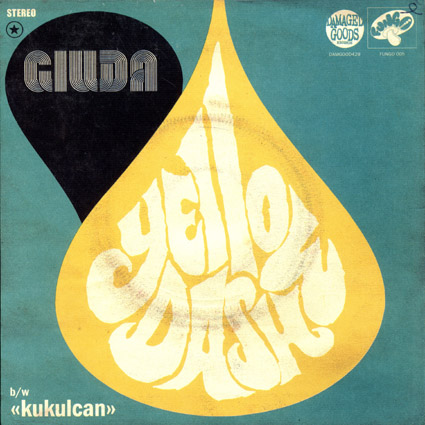 “When I heard Racey Roller I was pissing my pants laughing, because it’s so brilliant, so exhilarating and fun”  Def Leppard’s Joe Elliott (Classic Rock Magazine)

Giuda (pronounced JEW-DA) are an Italian five-piece band from Rome, born from the ashes of one of the finest European punk rock groups, Taxi.  They play the most exciting kind of retro-sounding pub rock and junk shop glam and they have the look of true working class heroes (boots, polos, chequered shirts, leather jackets and short or shaved hair).

Giuda will be releasing a limited edition 7” single of ‘Yellow Dash’ taken from their second album Lets[pullquote_left][/pullquote_left] Do It Again on 19th May.   The b-side is an exclusive track entitled ‘Kukulcan’.  The Damaged Goods version of this 7” is on yellow vinyl and and limited to 1000 copies only.

Their first album, Racey Roller which was described by Robin Wills (The Barracudas) as “Cock Sparrer twinned with the Equals”, became an underground sensation and praised by publications as diverse as Mojo, Rolling Stone and Maximum Rock’n’Roll.

Their second album, Let’s Do It Again is out now on Damaged Goods.

Giuda will be playing at the London Barfly on 4th June 2014.