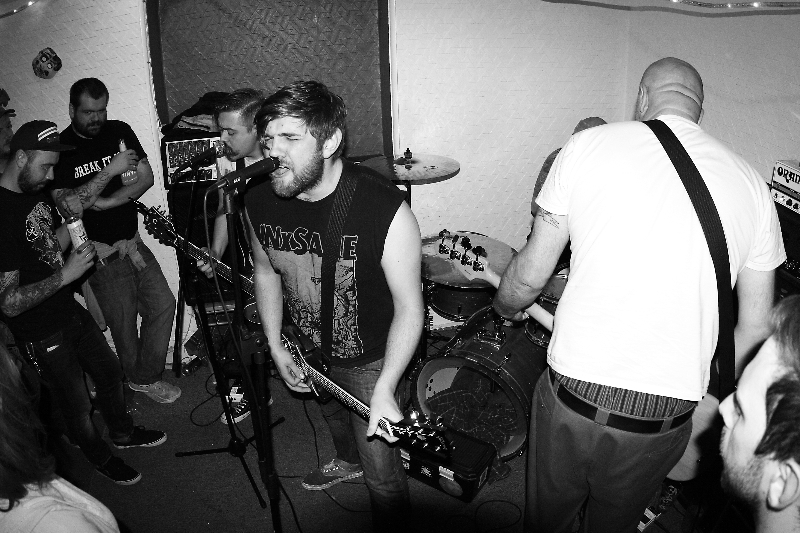 Debut album ‘Blood And Sand’ out this week

Tour with Iron Chic in progress

Having premiered on the BBC Radio 1 Reviews Show last week, Bear Trade’s ‘Bleedin’ Heart Trouble’ now has its very own music video featuring bassist Lloyd Chambers’ offspring. Vocalist Greg Robson says of the song “There is a time to grieve and a time to move on. I’m a sentimental type at heart but I try to stay positive. What I wouldn’t give to be as carefree as I was when I was 7.”

A positive-vibe-inducing but sometimes cynically bittersweet, sharp and snappy journey through Bear Trade’s enviably simple outlook on life is evidenced in every track of their debut album ‘Blood And Sand’, from which ‘Bleedin’ Heart Trouble’ is taken. Throughout the album, the band’s roots in the North East of England and their everyday life experiences there are more than apparent, both through Robson’s undeniable vocal accent and through lyrical content. ‘Don’t Forget You’re Going To Die’ is about how weird it is living in an industrial town 20 years after said industry was removed. As Robson says of the local folk, “Everyone is pissed off and they don’t know why.” Bassist Lloyd Chambers chimes in “I guess the lyrics and way they are sung are unashamedly in the local tongue and pronunciation.”

The record was released this week just as Bear Trade headed off on tour with Long Islanders Iron Chic, who they fondly refer to as their brothers.