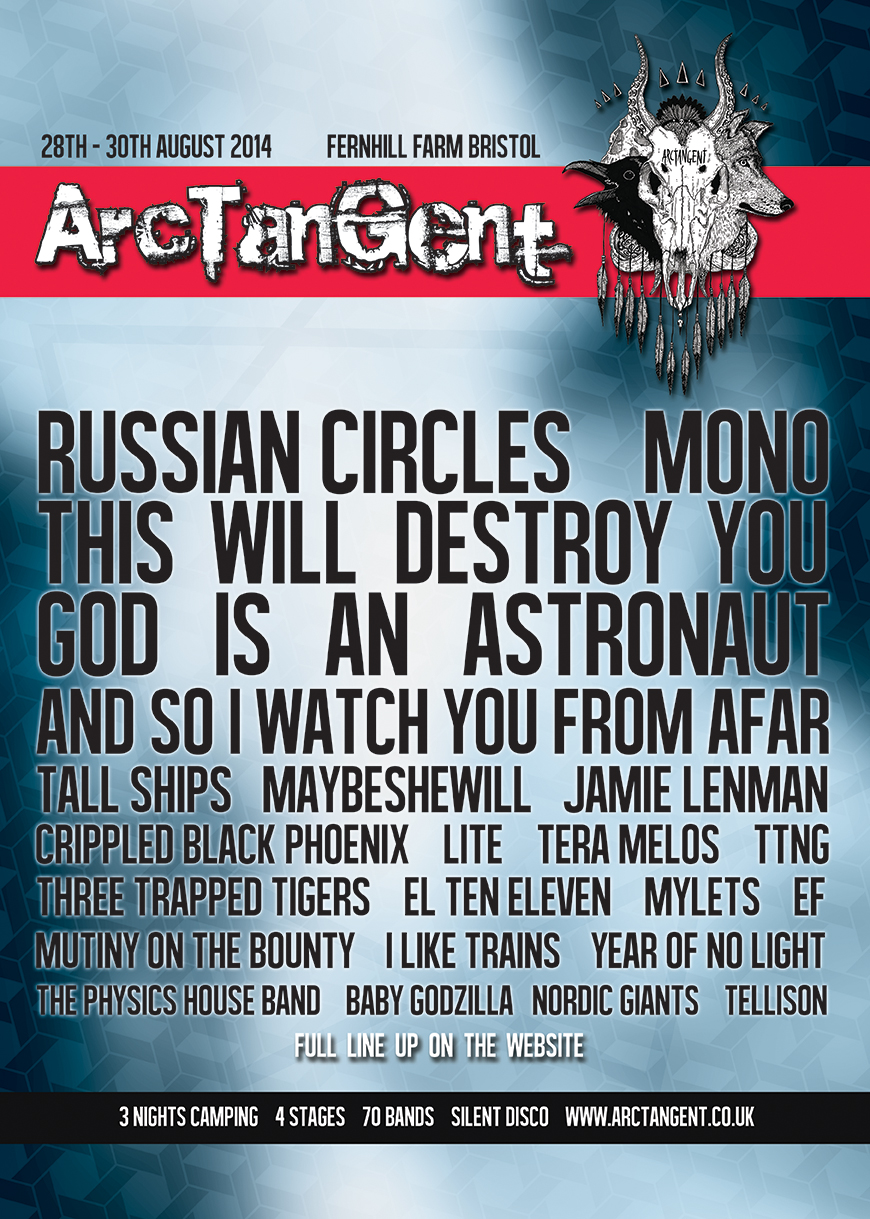 ArcTanGent add five more stellar acts to complete the best festival line-up ever for fans of math and post rock.

ArcTanGent boasts the best festival line-up ever for fans of math, post and noise rock. The final five bands added to the bill include Crippled Black Phoenix, Ef, Luo, Karhide and Hark.

Takaakira Goto of MONO says: “We are very honored to play at ArcTanGent Festival this year alongside so many incredible bands. Our new album is currently in progress for a release date later this year, so hopefully we will share a preview of it. As always, thank you for your support. Somewhere between the soundscapes on an open field, we meet again.”

A 2013 fans’ favourites line up has been previously announced for the Thursday “Early Entry” night of ArcTanGent. The special returning guests night is to be headlined by And So I Watch You From Afar with support from Three Trapped Tigers, TTNG, The Physics House Band, Baby Godzilla, Nordic Giants, The St. Pierre Snake Invasion and Theo.

Festival organisers Goc O’Callaghan, Simon Maltas and James Scarlett have confirmed that there are guests from all over the world coming to this years ArcTanGent festival. Goc O’Callaghan says “we’ve had fans from as far as Mexico, the USA, Canada, Australia, Egypt and China book tickets to come to ArcTanGent

this year, along with people from most of the countries in Europe. When we started ArcTanGent we hadn’t pre-empted the international draw our line up would have but we welcome our overseas guests with open arms.”

Hype for this year’s ArcTanGent is building. On June 13th, the World’s End in Finsbury Park will host an ArcTanGent & Signature Brew Live night. Axes, one of ArcTanGent 2013’s fans favourite bands, will headline the night with support coming from Samoans and Bear Makes Ninja. The night comes with a twist; music fans and beer lovers can enjoy a pint of ArcTanGent Pale Ale, which has been specially crafted by Signature Brew for the event.

Tickets for this year’s festival are selling well with high chance of a sell-out year if sales continue at the current rate. Festival organisers prompt fans to buy their tickets soon “to avoid disappointment”. Tickets are available from the website now priced at a meagre £70 for the weekend (including booking fee).