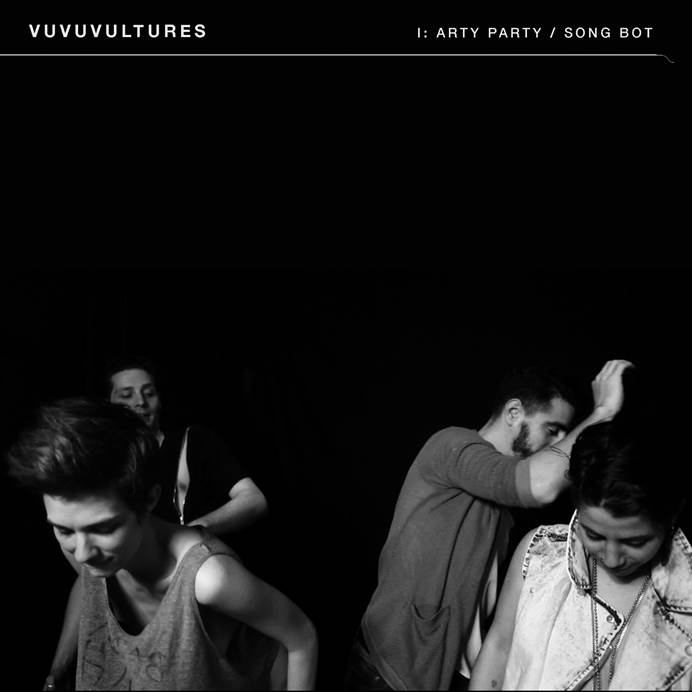 You can see the video for ‘Song Bot’ here:

“A vital, visceral collective… Grabbing us by the lapels, tearing at our throat, the London group seemed to pose questions we’d never been asked before”. Clash

“[Vuvuvultures] are crafting some of the most menacing, intelligent pop sounds of recent years” The Line of Best Fit

On 19th April the enigmatic Vuvuvultures returned with their blend of atmospheric jagged pop-noir to release their first of 4 x 7” AA side singles for 2014. ‘I’ will consist of ‘Arty Party’ and ‘Song Bot’; this will be followed by ‘II’, ‘III’ and ‘IV’ throughout the year with the final release ‘V’ being a 12” anthology with 2 exclusive tracks.

The success of last years’ debut album ‘Push/Pull’ saw them described as “euphoric” and “endlessly catchy” by Aesthetica, the Metro said they create something “eccentric and disturbing”, Clash declared them “a vital, visceral collective” and the Line of Best Fit pointed out that they are “crafting some of the most menacing, intelligent pop sounds of recent years”. So gently approaching ‘I’ feels you with a sense of exhilarating expectation.

Their darkly twisted pop is menacing and sultry; it brims with a brooding intensity that is marking them as formidable live draw. Their shows are frequently packed out with a fevered energy which feeds off of the compelling presence of front woman Harmony Boucher, the scythe like guitars of Paul Ressel and the taut and unfaltering rhythm section of Nicole Bettencourt Coelho and Matt Christensen.

This reputation has seen them pick up support from Dazed, Clash, the Fly, Artrocker, Clash, Vogue, Hunger TV, The Line of Best Fit, Steve Lamacq, a BBC 4 live session and a slot at 2013s Hard Rock Calling on top of their already extensive touring which has also seen them play successful shows in the UK, Europe, Brazil and South Africa as well as a support slot with the legendary Adam Ant. 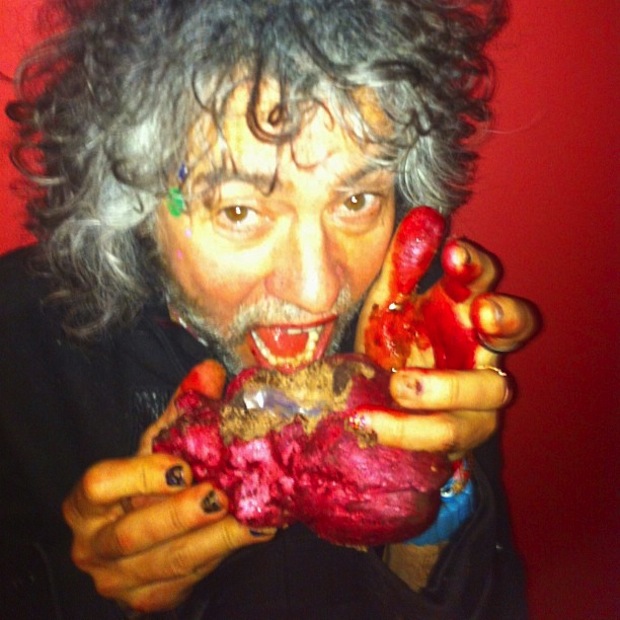