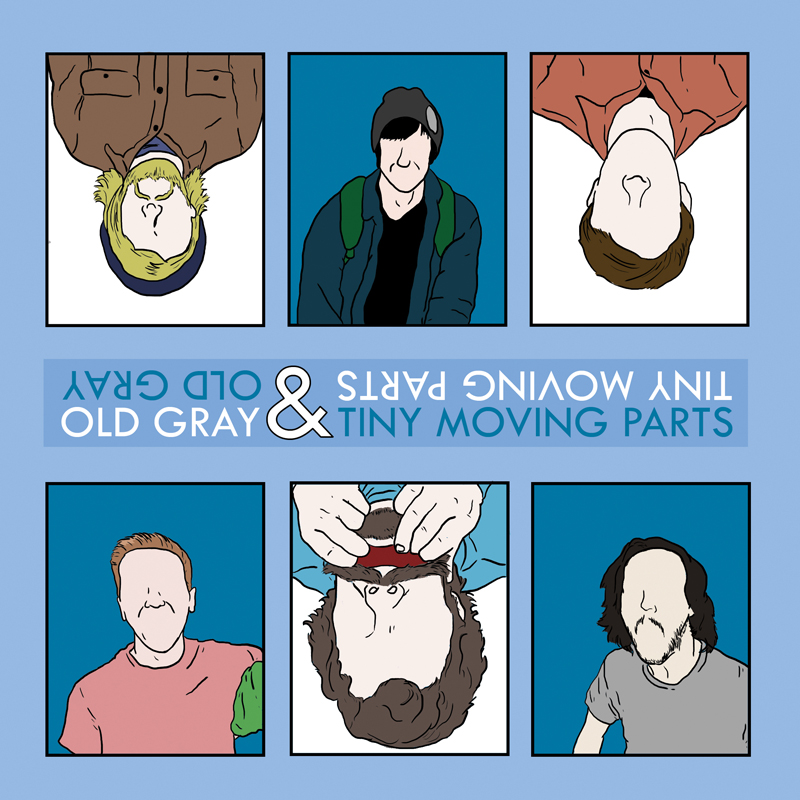 Tiny Moving Parts and Old Gray have teamed up with Kind of Like Records and  Broken World Media to release a split 7″ on May 20th, 2014 featuring two new tracks from each band.  BrooklynVegan premiered the new Tiny Moving Parts track “Fair Trade” today, saying the track “combines the passionate lyrical shouts of a band like La Dispute with noodley Kinsella-style math-emo.”

Pre-order for the split is now available in the US via Kind of Like Records and Broken World Media and in the UK via Dogs Knight Productions.

Minnesota’s Tiny Moving Parts recently signed to Triple Crown Records.  The trio, which consists of guitarist/vocalist Dylan Mattheisen and his cousins, brothers Billy Chevalier (drums) and Matt Chevalier (bass/vocals) have quickly gained attention for their outstanding indie songs that blend twinkling guitars and complex drum parts.  They released their debut album This Couch Is Long and Full of Friendship last year via Kind of Like Records and Black Numbers.  Their forthcoming as-yet-untitled sophomore album was recently recorded with J. Robbins at his Magpie Cage Studios in Baltimore, MD and will be released in the later half of 2014.  The band begins their spring US tour today, which includes dates with Modern Baseball in June that are on sale today  (all tour dates below).

Old Gray is an emo band from Manchester, New Hampshire. Formed in 2011, the band has been constantly releasing music, including their debut LP, “An Autobiography” in March 2013. The band is comprised of Cameron Boucher (vocals/guitar/bass), Raphael Bastek (vocals/guitar/bass), and Charlie Singer (vocals/drums). The band will play a round of dates with Frameworks in May (all tour dates below).