The Jazz June Premiere First New Song In Twelve Years on NPR; Split with Dikembe Out Digitally in May Via Tiny Engines/Topshelf Records; Vinyl Out in July; Band Working On New LP 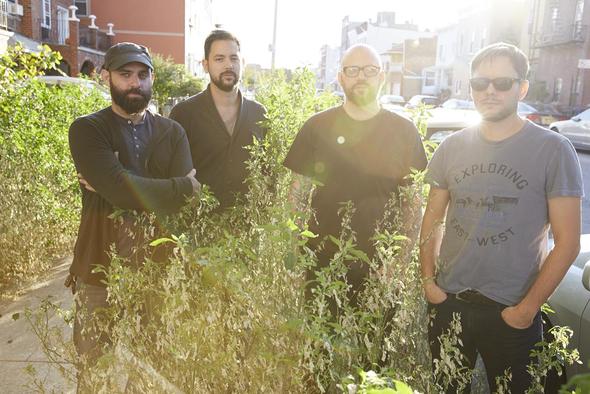 The track, “Over Underground”, appears on the band’s upcoming split with Dikembe, which will be out digitally month on Tiny Engines/Topshelf Records. The vinyl will be released in July.

The Jazz June have started work on a new full length LP at Gradwell House in New Jersey with Evan Weiss of Into It. Over It. producing. The record will be released later this year on Topshelf Records.

In a recent Noisey feature titled “The Possibilities Are Endless:An Oral History of The Jazz June”, writer Paul Blest cites the band as one of the, “benchmarks of emo”, along with their contemporaries such as Cap’n Jazz and Braid.