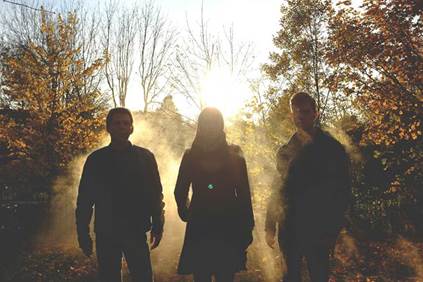 “Impresses right from the opening track. Those piano intros grab the listener every time” Mojo

The punchy and strutting ‘Honey Bee’ oozes rock n soul swagger, whilst ‘Up All Night’ continues the vibe – conjuring images of the band rallying a rowdy crowd in a smoke-filled American barroom.

‘Natural High’ berates a drug-bore friend over slide guitar, honky tonk piano and a low slung rhythm section recalling Little Feat at their greasy, funky best.  Proceedings take a more reflective turn on the warm West Coast ballad ‘Rolling Free’, before things kick back up a notch on the pounding keys and drum solos of the aptly titled ‘Shake’.

‘Ford Cortina’ has to be the best ode to an automobile since the Beach Boys ‘Little Deuce Coup’, and the joyful ride comes to an end on the life affirming and hymnal ‘Love’.

Goldsmiths graduate Sarah Blair originally specialised in classical composition and through her passion for other music (especially Bowie and The Stones) formed The Fruitful Earth to explore new territories.

Following a revolving personnel over the last two albums, the Fruitful Earth line-up is now cemented; joining Sarah to take the album on the road will be the killer live combo of David Gordon on bass (who has played with Julian Lennon & Canned Heat), plus Daniel Mayers on drums.

The album features former Koot and Lea Shores slide guitarist Jamie Spencer Smith (who has worked with Morcheeba and Sonny J), Ben Ellis on bass, Gabor Dornyei on drums and Andrew J Jones on percussion (also known for his work with The Shortwave Set).