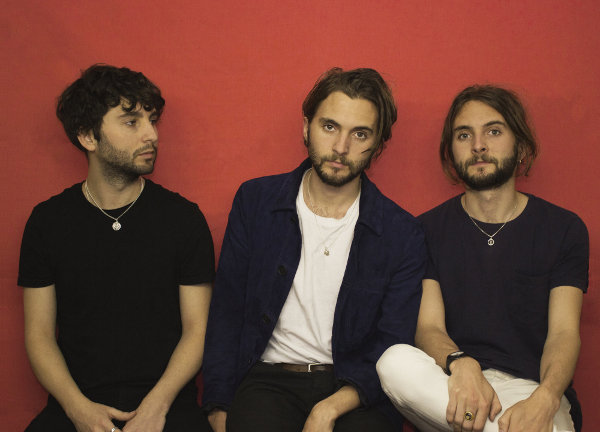 “Sounds all right? No, sounds absolutely bloody brilliant. Tell everyone.” Sunday Times Culture
“Exhilarating to the very end.” NME
“…a scuzzy, Kings-Of-Leon-before-they-were-massive-style take on sleazy blues rock.” Q Magazine
“Great British brothers blending big beats with big British riffs.” Kerrang!
The Family Rain are back with the latest single to be taken from their debut album Under The Volcano.

Released 12th May, ‘Don’t Waste Your Time’ sounds like a joyride across America. The three brothers in a convertible driving through the southern states.  Its desert blues with a hip hop backbeat with the needles all in the red. The yearning vocal hints at wanting to escape from what has gone on before.

The Family Rain have enjoyed a year to remember. Having played over 200 shows in the past twelve months, including supporting The Rolling Stones at Hyde Park, as well as tours with Jake Bugg and Miles Kane, they have headed off to China to play the launch of the Burberry store in Beijing. Alongside this they have appeared at the iTunes Festival, as well as appearances at Reading/Leeds Festival, Deap Vally and Biffy Clyro. The Family Rain have received strong support at XFM with Jon Kennedy and at Radio 1 from Zane Lowe.

“Under The Volcano” was produced by Jim Abbiss (Kasabian, Arctic Monkeys) in Berlin, at the legendary Hansa Studios. Its rich history has seen Iggy Pop and David Bowie record classic records there in the past.