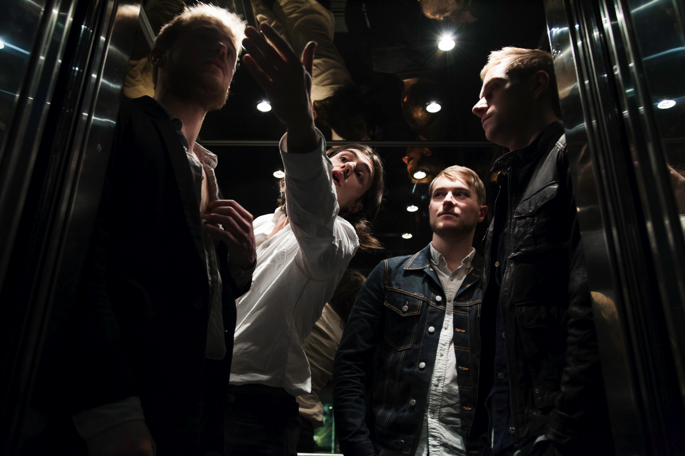 THE SHY LIPS release their second single in a month. ‘That’s Where I Belong’ follows the glowing reviews and widespread airplay received by ‘She Was Born in Bahia’ and is sure to cement the reputation of these four Swedish Indie Rockers as one of this year’s most exciting breakthrough acts.

Formed in early 2012, the brainchild of singer Adam and bassist Victor, The Shy Lips as an idea was born during travels in Europe and South America where the two met and bonded. The band became reality when they moved to the vibrant music city of Gothenburg. After hooking up with drummer Anton and guitarist Alex the band were able to boast members originating from Morocco, Poland and Sweden – an eclectic mix of geographical and musical backgrounds to influence their sound.

As exemplified by the widespread and unanimously enthusiastic reception for ‘She was Born in Bahia’ the songs these indie rockers write are immediately infectious and edgy, channeling influences from some of the greatest rock n rollers of the twentieth century yet retaining their own unmistakable sound. Live performances see the band utterly immersed in their music, always stylish, yet raw and energetic.

After just six months as a band The Shy Lips had their first EP out on the streets, played the biggest clubs in Gothenburg and were receiving attention from bloggers from three different continents. Their second EP ‘Nowadays’ has been aired on national radio as well as getting plays on online stations across the world. Both April 2014’s releases were recorded in the legendary Svenska Grammofonstudion and the attention they’ve generated has brought The Shy Lips national airplay in countries across Europe as well as attention on some of America’s coolest underground independent radio stastions, though the boys are taking it all in their stride. According to vocalist Adam ‘it’s all about keeping it simple, so simple it gets hard to understand what the thing is. You just know The Shy Lips got it…’