Nozstock: The Hidden Valley Festival’s 2014 lineup is becoming fit to burst with giant additions for punters to get their claws into including altrock/hip-hop kings Fun Lovin’ Criminals, pop sensation Charli XCX and energetic ska-rockers Sonic Boom Six all taking on the Orchard Stage this August. They will be joined by legendary genre-crossing DJ/producer Eddy Temple-Morris and a techno lover’s dream collaboration in Dense & Pika over on the Garden Stage for what is proving to be a Nozstock lineup of monster proportions.

These additions will be welcomed to the prehistorically themed Jurassic Farm this summer alongside hip-hop legend Roots Manuva, funk-rock revolutionaries The Heavy, tech-house behemoth James Zabiela, dub-rockers The Skints and the legendary Andy C, who will be bringing his whole crew for a RAM Records takeover of the Cubicles on the Saturday night to get the fans roaring with excitement.

This year, the Bandstand will be full of experimental musical discoveries from the likes of The Knights Project, Pip and the Polar Bears, The Mourning Suns, Immi Grant, Low Cost Life, and The Captain’s Daughter. Elsewhere, SIKA Studios will also be stomping their T-Rex sized footprints all over The Bullpen, bringing with them the best in fresh hip-hop talent including Split Prophets, showcases from High Focus and Off Me Nuts Records, RLD Records, Skuff and Inja, Devilman D.E.Velopment, Traumatik and Defenders of Style.

Entering its 16th year this summer, Nozstock is a family-run festival on a beautiful working farm in the heart of the Herefordshire countryside. The three-day festival offers a broad spectrum of live music, DJs, arts, comedy, workshops, cinema and performance theatre in a sublime setting, flowing from family-friendly by day, to party by night – over various locations across the farm.

Nozstock will take place on the 1st – 3rd August and will take festival-goers back in time to a prehistoric world of creepy creatures and fearsome beasts, as they enter the Jurassic Farm.

“…lack of commercialism is the very charm of the festival, along with its emphasis on local talent and green initiatives. Nozstock boasts a real laid-back vibe and is essentially the epitome of what a music festival originally set out to be.” Summer Festival Guide

Tickets
ON SALE NOW AT – www.nozstock.com

All those aged under 17 must be accompanied by an adult aged over 21.

New York’s finest export, Fun Lovin’ Criminals are best known for their ‘96 hit ‘Scooby Snacks’ and covering serious issues using a jazzy mix of altrock/hip-hop, with their discography celebrated the world over. They manage to be gritty yet humorous throughout their back catalogue and boast a fierce European following. Their most recent album, 2010’s Classic Fantastic welcomed them back onto the live scene and saw a collaboration with fellow Nozstock headliner, Roots Manuva. Front man Huey Morgan is a well respected figure in the industry, fronting BBC 6 Music’s popular The Huey Show, sitting in as a guest presenter on Radio 2 and taking the helm for various TV shows. With a smashing live show to their credit and album sales in the millions, Fun Lovin’ Criminals are a tantalizing headliner for the Orchard Stage’s Friday lineup!

Described by Rolling Stone as a “flawless early Madonna” with “the spookiness of Siouxsie Sioux”, Charli XCX is already taking the pop world by storm at the tender age of 21. Born and raised on this fair isle, she became a recording artist at 14 and her style has been labelled with a variety of intriguing genres including ‘witchhouse’. Supporting Paramore on their 2013 tour and recently releasing ‘Fancy’ with chart topper Iggy Azalea, her star is definitely rising and doesn’t show signs of slowing down any time soon…

Sonic Boom Six are an explosive and outspoken five-piece rock band described by Kerrang! as “taking ska, pop, grime, dubstep, punk and metal apart, then rebuilding them as a hyperactive hybrid”. They have toured extensively across the U.S, Japan and Europe (including a slot at Nozstock 2010) but still manage to release albums regularly, first on their own label Rebel Alliance Recordings and more recently on Xtra Mile Recordings. Their influences are diverse, with sounds reminiscent of The Specials and The Streets shining through in their tunes. It was the infectious ‘For The Kids of The Multiculture’ that really marked Sonic Boom Six as industry champions and gained them new audiences, being named Single Of The Week on Kerrang! Radio. The perfect Sunday evening sound, we give you Sonic Boom Six.

Legendary host of Xfm cross over dance-rock radio show ‘The Remix’, DJ, producer and TV presenter Eddy Temple-Morris joins the Nozstock lineup for 2014. Genre hopping between rock, indie and dance, he has become one of the undisputed champions of remixing and is highly rated among the bands he has remixed such as Kasabian, The Prodigy and DJ Fresh. Eddy is also the bassist for the band Losers, whose music can be heard over popular TV programmes such as Game of Thrones and CSI. The man, coined a ‘twisted genius’ by Gary Lightwood (Snow Patrol), will joins us on The Garden Stage this August.

Dense & Pika is the techno project of Chris Spero (aka Glimpse) and Hypercolour head honcho Alex Jones. Gigs at the world’s coolest clubs such as Fabric (London), Panorama Bar (Berlin) and Trouw (Amsterdam) alongside the runaway success of their recent release “Colt” on Hotflush has made them one of the most in demand live techno acts in the world. Since their Boileroom take over and lauded mix for Resident Advisor, Dense & Pika recently guest mixed for Skream’s Radio 1 show and have remixed the likes of Paul Woolford and Maya Jane Coles. With two pairs of hands and an impressive collection of kit, Dense & Pika use their experience and passion to create some of the best new techno around.

Dizraeli and The Small Gods

Formed in 2009, seven-piece Dizraeli and the Small Gods play an unashamedly heartfelt reinvention of hip-hop – somehow fusing distinct beats and folk in an exciting mash up. Since the release of his album, Engurland, rapper and poet Dizraeli has been called ‘the half-daft missionary who forced folk to marry hip-hop’. He won the BBC Radio 4 Poetry Slam and has even written hip-hop plays, while his band The Small Gods all come from a range of backgrounds, beat-boxing to string quartets. Since their inception, they have played Glastonbury and worked with the likes of Chris Wood and Jam Baxter. You won’t see a more talented crew than Dizraeli and The Small Gods and we are chuffed to welcome them to Nozstock at last.

The Mouse Outfit are a production team and nine-piece live hip-hop act based in Manchester. Their debut album Escape Music was released last year and won Wordplay Magazine’s hip-hop album of the year. Currently touring around the U.K, their mix of soul, funk, jazz and reggae creates some smooth riddims that will just leave you wanting more and more.

This bunch of Balkan musicians describe their music as ‘trashy world beats and psychedelic gypsy tunes’. The lead singer will have you dancing your shoes off, followed by your socks, with his exciting and dynamic stage presence. Easily one of the most memorable and entertaining acts at Nozstock 2013, we dare you to try and stop yourself moving when this band starts playing.

Fiercely independent, Nozstock caters for festival goers of all types, from the veteran festival aficionado through to those newly affected by the festival bug. It has evolved from a gathering of 50 friends into an intimate musical odyssey joining the dots between pop, ska, folk, funk, soul, indie, drum & bass, psytrance, house and a whole lot more. It is now firmly established as one of the country’s leading boutique festivals.

The Hidden Valley has nine stages, many nooks and crannies and is set around a ramshackle Tudor farmhouse. The ORCHARD STAGE is set at the foot of a natural arena on the side of the gently sloping valley. Alongside the farmhouse is the GARDEN STAGE, which provides a more eclectic lineup, turning electronic by sundown whilst a converted cowshed, the CUBICLES, pushes out sub-thumping bass and dubstep through to the early hours.

The festival is truly home-grown and hand-made – quite literally in fact, with a small army of grass roots supporters helping to create the wonderfully themed environment each summer. Nozstock is the quintessentially British festival – a little bit eccentric, a lot of fun, full of wonder, enchantment… and a touch of magic. 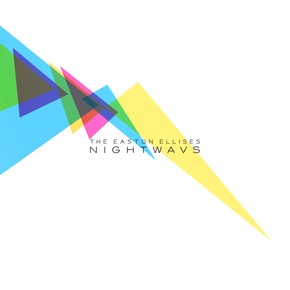