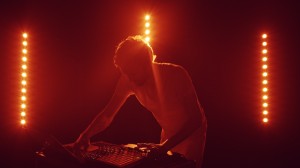 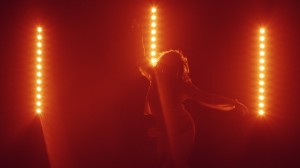 “The duo who were SxSW’s rawest Pop act.” – NME

“Meath delivers a gorgeously melancholy melody. Due later this spring, their debut album is equally as dazzling.” – Q

“Slick but simple, minimal pop is one for late night addicts.”  – This Is Fake DIY

To coincide with a much anticipated run of live dates with tUnE-yArDs,  Sylvan Esso release new single ‘Play It Right‘ on May 26th.

After the Hypemachine number one ‘Coffee’ and a buzz inducing SxSW takeover, the duo seem destined to stoke the fires further with their debut album released June 2nd on Partisan Records.

First penned for her band Mountain Man, when Amelia Meath asked producer Nick Sanborn to remix her track ‘Play It Right’ he did the job, but instantly sensed there was something more important happening. Swirling within their new-found partnership was more than a one-off remix… Amelia felt it, too.

Schedules aligned. Moves were made. And as 2012 slipped into 2013, Sanborn and Meath reconvened in the unlikely artistic hub of Durham, N.C. From the dizzy, crisscrossed harmonies of ‘Play It Right’ a self-titled debut has grown, a burst of essential late night pop encapsulated in a ten track collection of songs. Each a vivid addiction concerning suffering, love, darkness and deliverance.

Watch: Sean Grant and the WolfGang unveil ‘I Am The Devil’ video‏