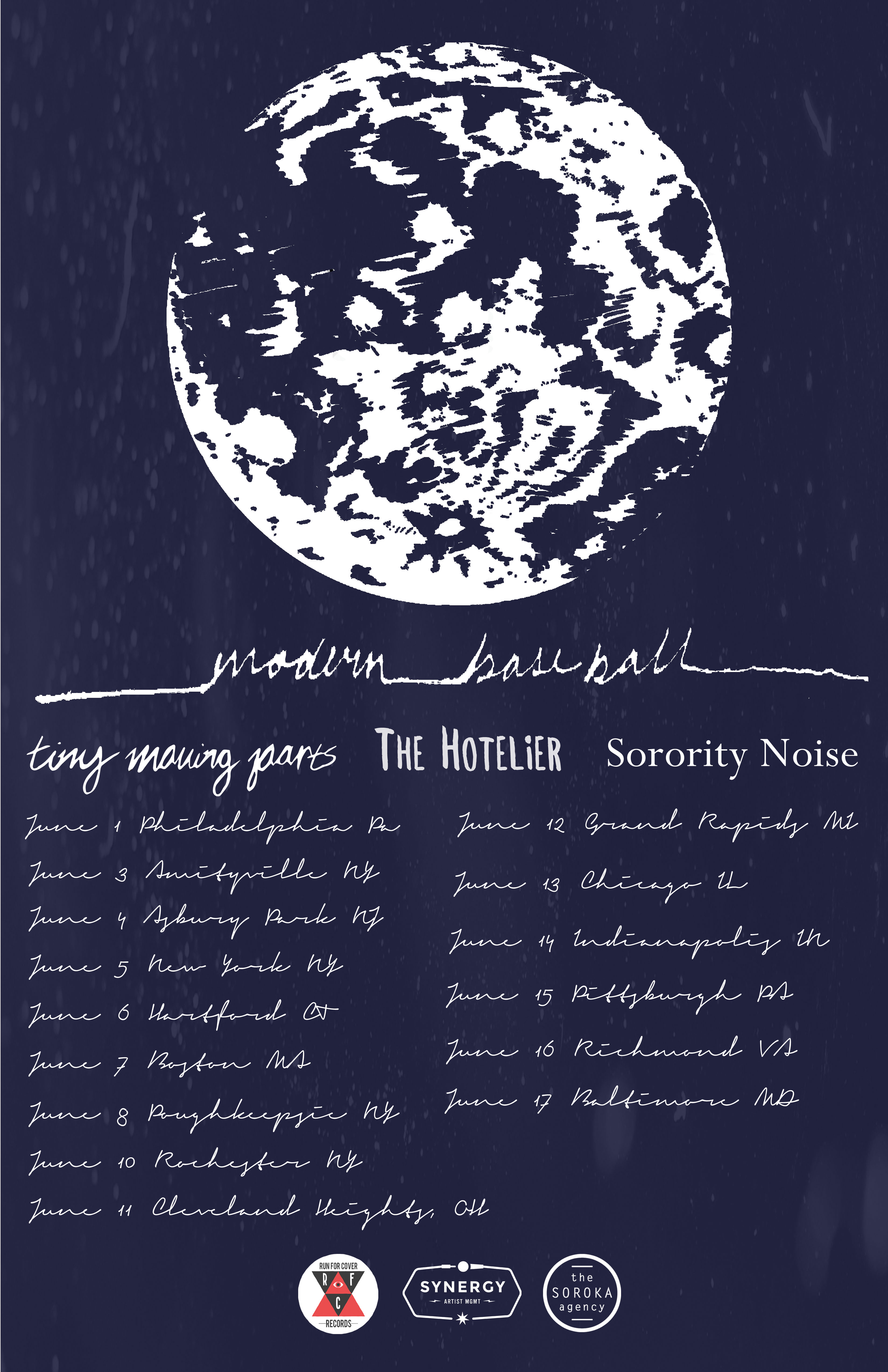 Modern Baseball, Tiny Moving Parts, The Hotelier and Sorority Noise are excited to announce a June US tour that kicks off June 1st in Philadelphia and sees the bands playing throughout the East Coast and Midwest before the tour ends in Baltimore (all dates below).

Fresh off a 6-week tour with The Wonder Years, Modern Baseball have been touring in support of their sophomore full-length You’re Gonna Miss It All, which came out in February on Run For Cover Records.  The Philadelphia four-piece have won praise from unlikely outlets for their blend of pop-punk, indie-emo, and folk rock since the record’s release.  Grantland said “Modern Baseball writes songs about universal subjects that feel like goofily trenchant generational snapshots… I listened to Miss It All on the way down from Milwaukee and loved it more than ever… Spring was in the air, and spring was made for snarky pop-punk records.”

Minnesota three-piece Tiny Moving Parts combine math rock and late 90s Midwestern emo in exciting ways. The band recently signed to Triple Crown Records for the release of their as-yet untitled sophomore full-length, recorded with J. Robbins at his Magpie Cage Studios in Baltimore.  Their debut full-length This Couch Is Long and Full of Friendship won the band acclaim from a variety of outlets, including Alternative Press who named Tiny Moving Parts one of their “100 Bands to Watch” for 2014.

The Hotelier released their second full-length Home, Like Noplace Is There in February on Tiny Engines.  Comprised of what can only be described as anthemic, cathartic rock songs, sent occasionally to delicate and destructive extremes, the record is an early contender for album of the year for fans and critics alike.  Pitchfork gave the record an 8.2 , calling it ” very much an album that works its ass off… they’re working towards something monumental.”

Sorority Noise have released two 7″s of their catchy party punk on Broken World Media since their formation in 2013. The Hartford, Connecticut band has recently toured with Teen Suicide, Prawn and Old Gray.

Introducing… So Many Animal Calls