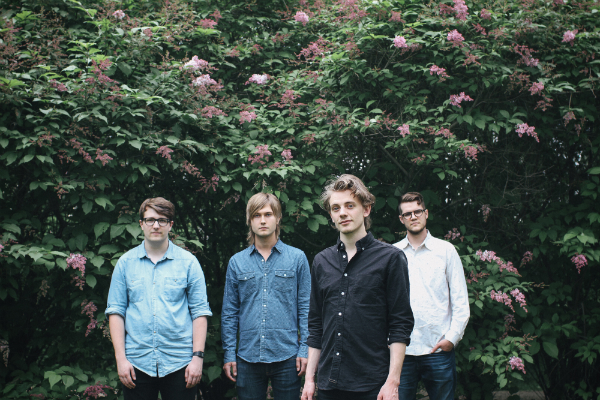 “Threadbare contains a compelling combination of graceful melodic compositions and lyrical ruminations on mortality, nature and divinity, resulting in an album reminiscent of a more piano-anchored Midlake or Fleet Foxes.” – FFWD

“This is music to get lost in, each song beginning slowly and the feeling of lingering, stretching each 4-minute song into a day’s worth of thoughts and emotions.”- Vancouver Music Review

“Threadbare is rife with riches that reveal themselves with repeated listens.” – Quick Before It Melts

Boreal Sons, the piano-led, art-rock band from Calgary, have revealed a thoughtful and cinematic take on Threadbare track, Secret Keeper. Shot by Brock Davis Mitchell of Shot At The Dark fame, the video features a minute long French, sub-titled prologue, which sets a somber, very apt tone, for the track.

The band have been making music heavy on thoughtful lyrics and lush melodies with unconventional chord structures and arrangements and quietly converting fans over the release of two EPs and one album. Having wrapped a Canadian national tour in the fall of 2013 to support the release of their debut record, Threadbare, the group have now announced a run of U.K. dates kicking off on May 1 with performances at Liverpool Sound City, The Great Escape Festival in Brighton and a trio of stops in the London including a gig, Upstairs At The Garage on May 11.

Boreal Sons released their debut EP Whom Thunder Hath Made Greater in 2010. In 2011, they released Bedtime Briar, a concept EP based on the sleeping habits of one of the band member’s dogs. Threadbare as a full-length  explores questions of consciousness and identity.

BRUCE SOORD, THE PINEAPPLE THIEF FRONTMAN, PREMIERES NEW VIDEO FOR “ALL THIS WILL BE YOURS”