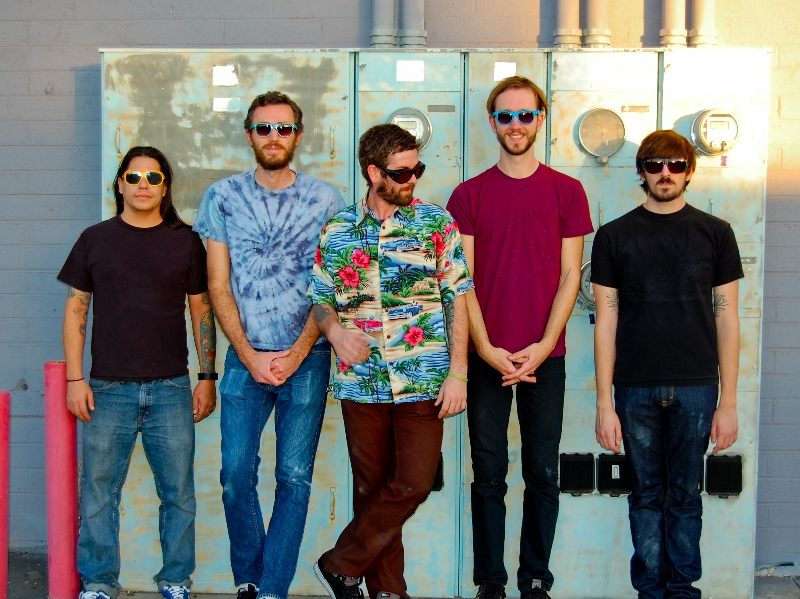 With two weeks to go until the May 5 release of Andrew Jackson Jihad’s new LP Christmas Island, the band has released their new video for album opener ‘Temple Grandin’ on YouTube, having premiered it on Fuse. This all comes shortly after announcing their Noisey-sponsored US headlining tour this summer alongside Cheap Girls, Hard Girls and Dogbreth. Stay tuned for UK touring plans.

Filmed in Los Angeles, the ‘Temple Grandin’ video is the brainchild of director/editor Joe Stakun, director of photography Eric Bader and producer Hannah Getz. This small, dare-we-say-DIY team of three (along with their staff of incredibly helpful P.A.s, of course) took some of the more visual themes within the song and brought them to life on three massive projector screens in an L.A. soundstage.

“There’s a Moon Man in Joe Stakun’s future for sure,” said singer/guitarist Sean Bonnette. “This video is the perfect visual representation of Temple Grandin. We loved every minute of making it.”

Recorded by John Congleton (St. Vincent, Okkervil River, The Mountain Goats, Angel Olsen), Christmas Island paints the perfect picture of what Andrew Jackson Jihad is all about—blending the real and the surreal to create some of the most honest, fearless indie music out there.

Young Statues Release Acoustic EP For "Name Your Price" Download; Limited Number of Hand-Stamped and Numbered Copies To Be Sold At Shows; Catch Young Statues on Tour with A Great Big Pile Of Leaves and Mansions Starting This Week and at SXSW Next Month‏ [News]

Frameworks Stream “Loom” via Stereogum, On Sale for $5 at Bandcamp, Out 4/29/14 on Topshelf Records