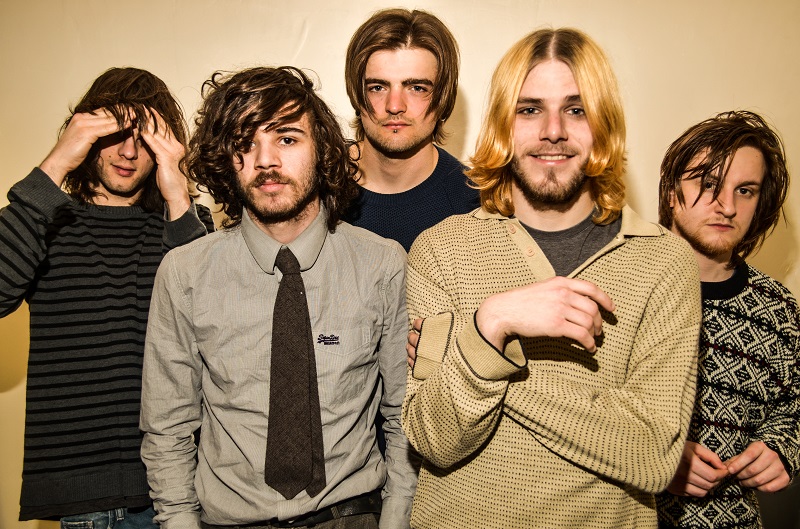 West Yorkshire psychedelic alt-rock grunge weirdo’s Allusondrugs are back with new single ‘Nervous’ ahead of their appearance at Live At Leeds on 3rd May, whilst they hit the road on their first headline tour in June with support from Milk Teeth and Fizzy Blood (full dates below).

The new single will be released on Clue Records on April 28th as a limited edition CD run of 300. The first 50 orders come with a free exclusive poster. Pre-order now at Jumbo Records (Leeds), Crash Records (Leeds) as well as online at Bandcamp & iTunes.

‘Nervous’ shows another, previously unheard, side to Allusondrugs’ distinctly unique sound as it combines their familiar grunge riffs with atmospheric lead guitar lines that could have been lifted straight from early R.E.M and layered vocal melodies reminiscent of Elliott Smith, sending a shiver down the spine as front man Jason Moules croons “I keep my ear to the ground, she made it clear but never mind, this could be the worst thing I’ve done, I know this will be the thing that kills us.”

The five self-confessed fuzz junkies from Castleford, West Yorkshire formed in the autumn of 2012 & have been building a rabidly loyal following with their transparently unique sound and DIY approach to releasing music online as and when they like, sometimes before it’s even finished. Streaming practices live on the web and hosting debauched release parties at monthly club residencies coupled  with growing praise for their explosive live shows saw them sign to newly founded Northern start-up Clue Records early last year.

Their first two singles – the beautiful shoegaze pop gem ‘Plasters’ and the stoner drone of ‘MyCat’- both sold out of their physical pressings & growing whisperings amongst press and promoters alike of their high energy, visceral live performances have led to them being invited to play Live At Leeds & to headline the Leeds leg of Independent Venue Week.

Early support from BBC Introducing & Amazing Radio is coupled with praise from Q Magazine, Leeds Music Scene, Soundsphere and Subba-Cultcha who are all marking Allusondrugs out as an act with huge potential for 2014. The band are in their element on stage and their wild live shows have been known to turn a room full of people into soup in minutes, with front man Moules raging and flailing like a shaman on a bad acid trip.