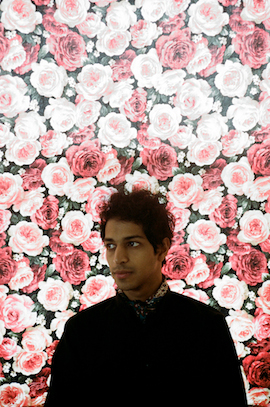 Vikesh Kapoor to support The Handsome Family in May

Pennsylvania-born singer-songwriter Vikesh Kapoor, who is set to release his debut album ’The Ballad Of Willy Robbins’ through Loose Music on 14th April, has been confirmed as support for The Handsome Family on the UK & Ireland leg of their European tour in May.

Watch the video for lead single, ‘Bottom Of The Ladder’:

WITH VIKESH KAPOOR
05 May – BELFAST, Black Box
06 May – LIMERICK, Dolans
07 May – CORK, Crane Lane Theatre
09 May – MANCHESTER, Deaf Institute
10 May – HEBDEN BRIDGE, Trades Club
11 May – SWANSEA, The Garage
12 May – BRIGHTON, Komedia
14 May – LONDON, 100 Club
16 May – NEWBURY, Arlington Arts Centre
The Handsome Family are currently enjoying the additional attention bought to them by their song, Far From Any Road, having been selected by T Bone Burnett to soundtrack the opening credits to HBO’s big hit new drama series True Detective. The growing international attention received by the show has resulted in husband and wife duo, Brett & Rennie Sparks, gathering legions of new fans and opening up their music to an increasingly wider audience. (The second episode of True Detective airs in the UK on Saturday 1st March on Sky Living.)
The Handsome Family celebrated 20 years together as a band in 2013, by releasing their critically acclaimed 9th studio album, ‘Wilderness’, through Loose Music.
vikeshkapoor.com
handsomefamily.com

Aspiga’s New Album “What Happened To You?” Out Now Via Paper + Plastick Records‏

HANDS & TEETH PREMIERE ‘BEFORE THE LIGHT’ EP STREAM WITH EXCLAIM.CA