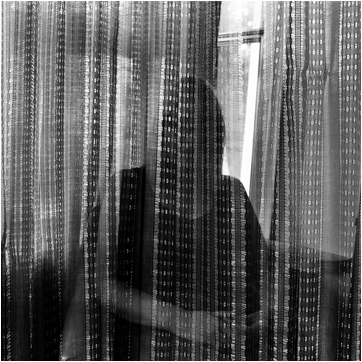 Frontman, Taylor Kirk explains: ‘”Curtains!?” is nearest to a rock song that the band have ever recorded up to date. When we were creating the bed tracks, I was thinking we were doing something in the world of German kraut rock band Can but Graham Lessard, our sound engineer, made the reference to Lalo Schifrin’s soundtrack for Dirty Harry. Simone Schmidt of Fiver composed the lyrics about a man’s fallen career and his double life exposed.’

‘Hot Dreams’ is the follow-up to 2012’s Polaris Music Prize short-listed ‘Creep On Creepin’ On’, which was hailed for its “black humour and spectral beauty” (The Guardian) and “possessed…a style all its own” (Pitchfork). The ten songs of ‘Hot Dreams’ daub vibrant colour and new viscous tonality over Timber Timbre’s earthy, angular palette. The first vinyl pressing will be housed in a limited edition metallic jacket.

The band will perform at two different showcases next week at SXSW before embarking upon an extensive European tour in April.