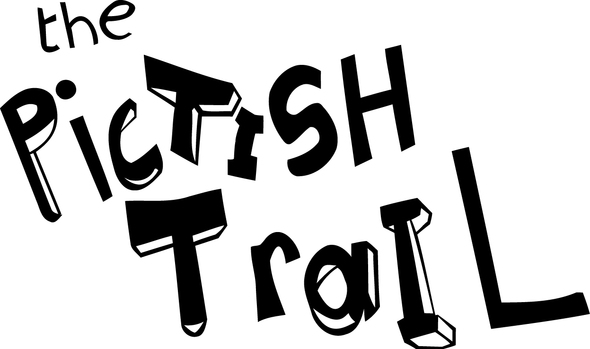 Johnny Lynch, aka The Pictish Trail, is something of a conundrum. On first impressions, he’s a self-deprecating hairy hobo whose on-stage banter could give many comedians a run for their money. But once he begins to sing, Lynch’s extraordinary vocals reveal hidden depths that can subdue the most rowdy of audiences into a blissfully hypnotised silence.

Having recently signed to Moshi Moshi Records, Lynch is pleased to announce that his gloriously eclectic and critically acclaimed albums Secret Soundz Volumes 1 & 2 will be getting a full release on June 9th. The double album will be available on limited gatefold 12” vinyl, gatefold CD and digitally.

Listen to album track ‘I’ve Been Set Upon’ here –

Lynch’s eloquent songs are as wildly varied as his selection of brightly coloured bobble hats. His distinctive voice has been accompanied by everything from acoustic guitar to a full-on four piece metal band to throbbing dance beats and samples, and often during the course of the same gig.

With two albums, numerous mini-albums, EPs, and singles under his belt as The Pictish Trail, Lynch has also moonlighted as one half of demented dance-pop duo Silver Columns with Adem (Fridge) for their 2010 album Yes and Dance.

It’s this innovative, genre-defying approach that’s seen him mentioned in the same breath as his heroes Beck, The Beta Band and Hot Chip. He even joined the likes of Jarvis Cocker, Franz Ferdinand and Charlotte Gainsbourg as part of the line-up for Beck’s Song Reader live concert in London in 2013.

The Pictish Trail will head out on tour in May and will be hosting a Lost Map showcase in London on May 18th with Tuff Love, Monoganon, comedian Josie Long and more special guests TBA. Full live dates below.