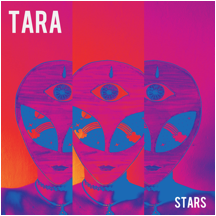 Single Out 6th of April

“What really brings it all together is Tara’s siren-esque vocals, which no doubt command all of your attention”- Indie Shuffle

Tara is an Australian singer songwriter, who has chosen Dublin as a new home because of her father’s deep Irish roots. Her music journey began at the age of ten when she picked up a guitar and started casually experimenting with it. She’s never looked back since, and after years of playing around with various musical styles, collaborators and musicians, she’s ready to release her debut single Stars.

With the help of her musicians, Anthony McMahon, Paul Flood and Ally Donald, Tara manages to channel her ideas live on stage and together they create a performance worthy a big audience. Having played at the Whelan’s Ones to Watch Festival and was voted Gig Of The Week by the Irish Times.

Stars is a sonic journey from the word  “go” and sounds like a dreamy perception of Tara’s reality. Her ability to mold soft and ambient soundscapes with energetic coating of electric guitars create an exciting treat for every listener.  The electronic layers of synths and pads add an extra dimension to the song’s texture by wrapping the production gently into the blanket of reverbial sounds.

Tara’s vocals bear an interstellar sparkle and fit perfectly inside the dreamy arrangements. With a blend of Sia, Delilah, Corinne Bailey-Rae and Shaekspear’s Sister, Tara brings energy, conviction and natural talent into the powerful mix of female artists.

Stars works efficiently from a sonic experience and a song-writing point of view, and it will be available for sale and download 6th of April.