RADKEY announce ‘9 Lives At The 100 Club’ cassette for RSD‏ 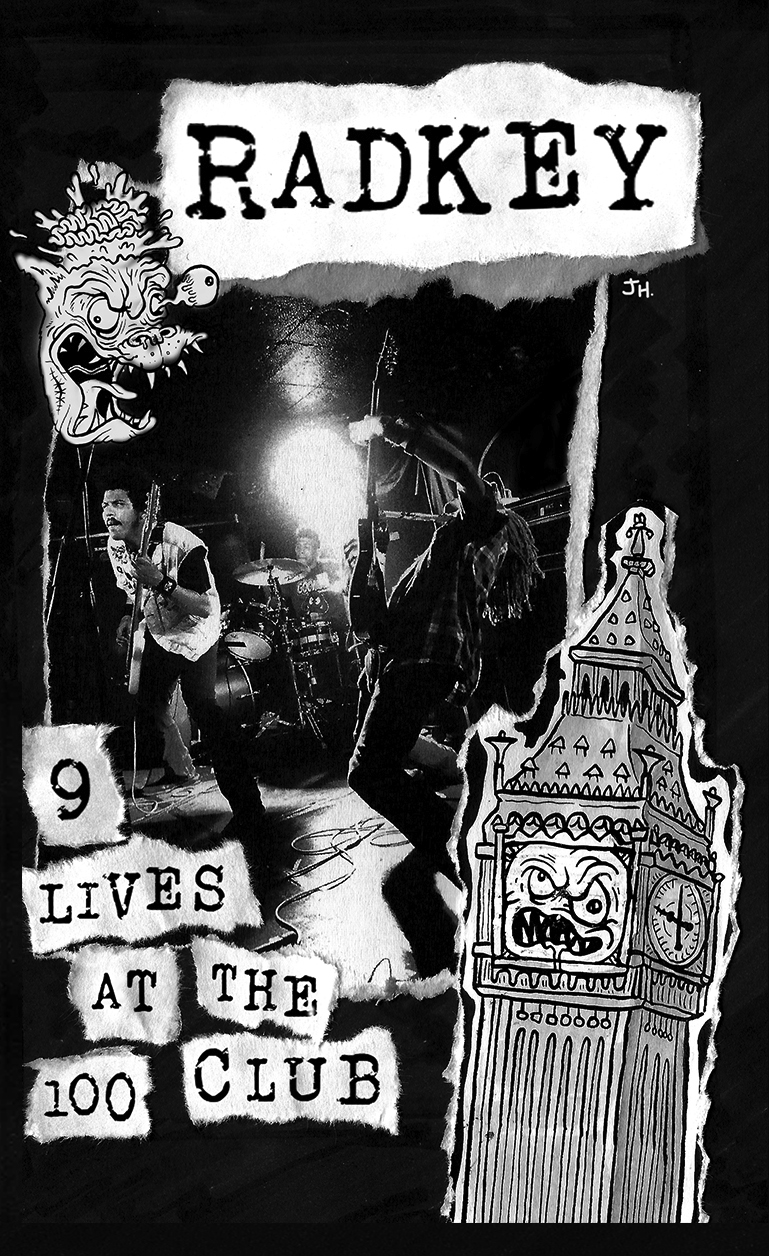 Radkey announce the release of ‘9 Lives At The 100 Club’, a limited edition cassette-only release for Record Store Day.

Recorded at the 100 Club in London March 5th, 2014 on the final date of their first ever headline tour, this release captures the raw energy and unhinged nature of the band’s live shows while showcasing their power and sonic punch. In addition to tracks from their acclaimed EPs Cat & Mouse and Devil Fruit, it also includes a cover of the Misfits classic “Last Caress” and their latest single “Feed My Brain”.

““The 100 Club show in London back in February was amazing, one of the coolest nights of our entire lives,” explains Isaiah Radke. “So instead of making the obligatory 7” for Record Store Day, we wanted to do something special and put the show on a limited cassette with artwork from London skateboarder/illustrator Jack Hamilton. Selling out such a legendary place was a really big deal to us. The crowd was falling all over the stage so you can kinda hear Dee get hit by the mic and stuff!”

Only 500 ‘9 Lives in London’ cassettes will be available for this year’s Record Store Day event worldwide. Look out for them.