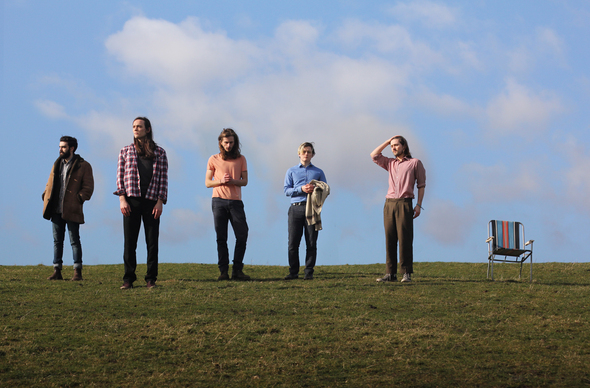 New track ‘All Those Mornings’ is streaming now on:

With their layered harmonies, swirling surf guitars and sweeping melodies, my grey horse are not easily slotted into any one genre.

Members of the band include an illustrator, an animator, a writer, and a film-maker, and the band produce all of their own artwork and videos. This control over every artistic aspect of the band has enabled them to collectively broaden their creative horizons.

my grey horse have been holed up inside a log cabin near the Forest of Dean, letting their sound catch up with their minds as they finish their debut album, ‘I Still Don’t Understand’, which is released on 9th June through CRC Music.

my grey horse are a band of brothers. Singers and guitarists Paul, John & Oobah Butler are completed by close friends Joe Nicklin on drums and bassist Tom Mott.