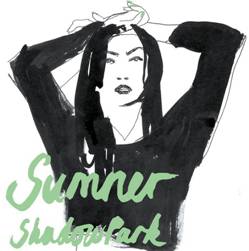 Sumner aka Kristina Sarkisova is set to release her new single ‘Shadow Park’ this May. A cross between Angel Olsen and Laura Marling, Sumner’s haunting vocals provide an eerie vibe to the track.

While studying Music Business at NYU in 2012, Kristina Sarkisova embarked on a songwriting binge that seemed to have no end in sight. It was then that she realised that being in front of the stage – rather than behind it – was what she truly wanted to do with her life. She then decided to leave the Masters, leave New York, and return to London (where she had lived and studied prior) to embark on her most exciting and terrifying solo adventure to-date, naming it Sumner in honour of the first street that she lived on when she moved back to the UK to become a songstress.

Sumner is Kristina Sarkisova, a singer-songwriter hailing from Spain via Moscow, currently based in London.