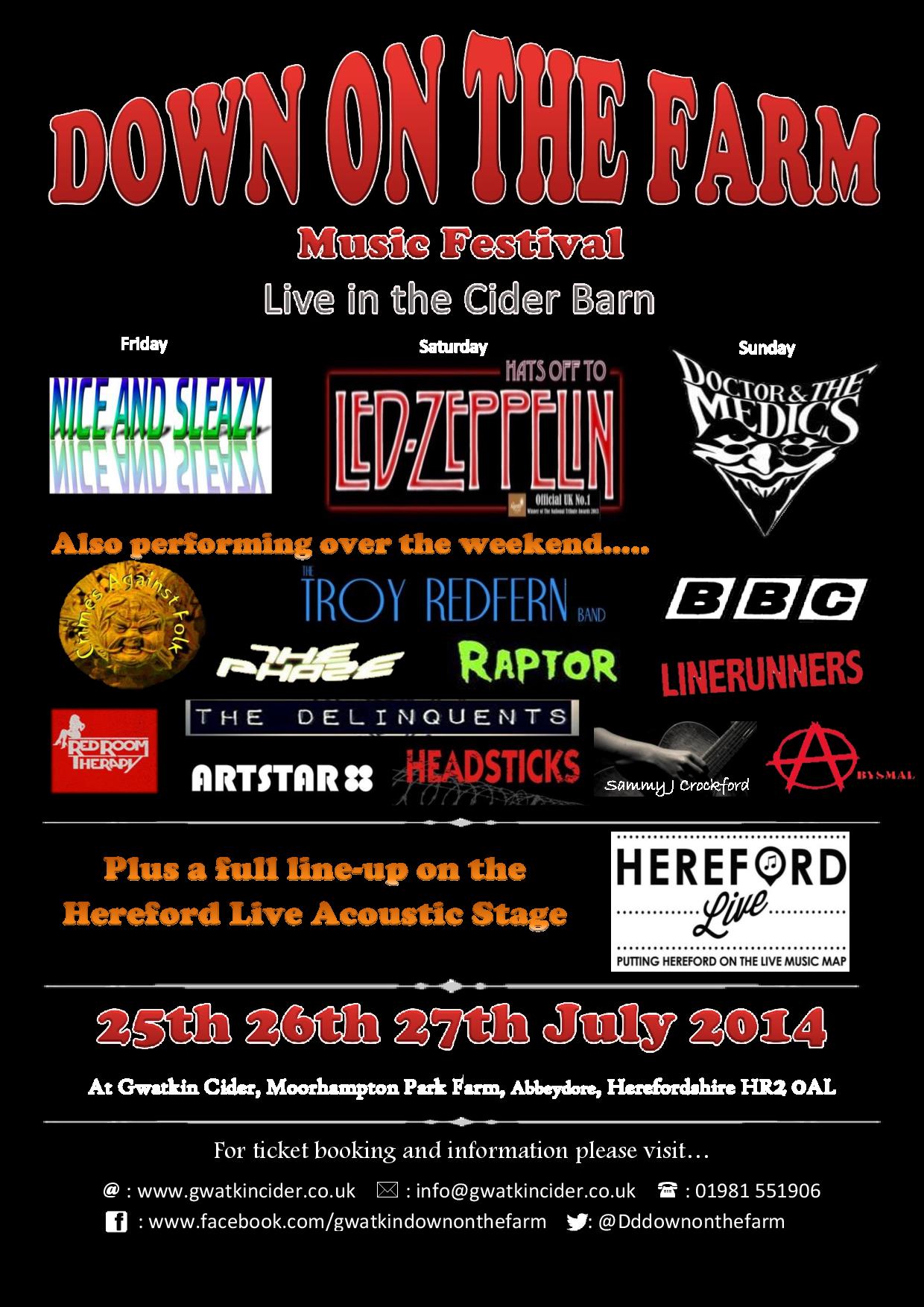 Down on the Farm 2014 Music Festival

Back again for its third year, the three-day Down on the Farm music festival is on Friday 25th to Sunday 27th July 2014.The Festival started as a one day event in 2012 and then expanded to a three day festival in 2013. The owner of Gwatkin Cider, Denis Gwatkin having played in several bands since his teenage years felt it was a natural progression to give other bands the chance to perform at an organized event and that blossomed into the friendly, laid back festival as we find it at present.Our aim is to give local up and coming acts the opportunity to play on stage alongside more established names from the live music circuit. All this without the muddy nightmares of the major festivals – both stage arenas are under cover.

This year’s bill is led by the superbly entertaining chart toppers Dr & The Medics and also the fantastic tribute act Hats off to Led Zeppelin. These headline acts alongside a wide variety of high quality bands will keep the crowds entertained over the whole weekend from Friday to Sunday.

New for this year is an exciting second arena – “The Hereford Live Acoustic Stage”- showcasing a variety of acoustic bands and solo artists throughout the event.

Down On The Farm is situated in the beautiful surroundings of Herefordshire’s Golden Valley.

Details of tickets and bands can be found at www.downonthefarmfestival.gwatkincider.co.uk/

Information about Hereford Live can be found at www.HerefordLive.co.uk/