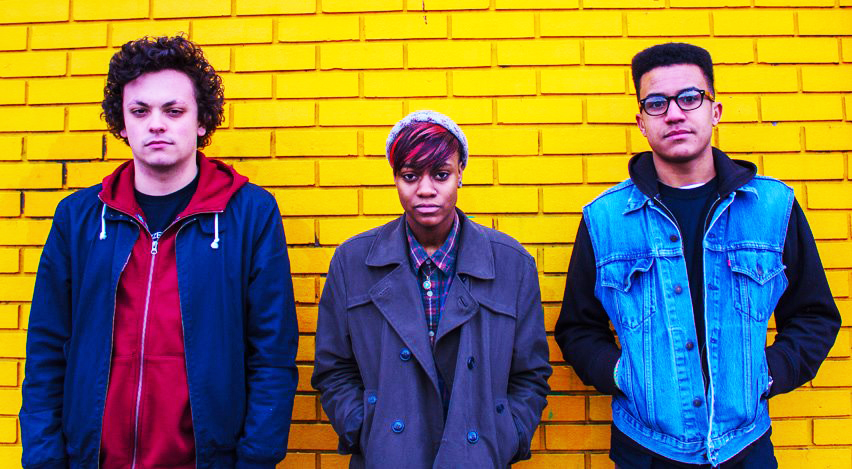 Live At Leeds, The Great Escape, Y NOT appearances plus more festivals TBA

Five tracks of raw and reckless thrills that embody riot grrl passion” – NME
“Our new favourites.” – Artrocker
“Impressive Dead Kennedy’s style creepy fury” – Rock Sound
“Fast becoming one of the most exciting, unpredictable acts in the UK” – Subba-Cultcha
“This is ballistic! My new favourite band x 100000%” – Ally McCrae, BBC Radio One
“It’s like a topless drunk parading round city streets with a chainsaw. Menacing to the bone” – Fake DIY
“There hasn’t been rock music this exciting in a while“ – Bearded Magazine
“A ferocious debut EP. Punk is making a comeback in 2014.” – Drunken Werewolf

Birmingham punk trio Youth Man continue their assault on the UK music scene at full throttle as they share their video for ‘Wide Awake’ – the latest track taken from their acclaimed debut EP ‘Bad Weather’ – after premiering it with DIY magazine last week. The band have also announced their first festival apperances for 2014 at Live At Leeds, The Great Escape and Y Not Festival.

The video, directed by Martin Sek, is as foreboding as the song itself – a sombre, grainy affair that bursts into a clash of life and colour at the song’s enigmatic crescendo before slipping back into a slumber with twinkling guitars lulling it gently back to a temporary stability. Let’s face it, this band never stay stable for too long.

Watch and share the video for ‘Wide Awake’ here:

Hot off the back of a raft of praise for ‘Bad Weather‘ at the end of last year, they capitalised on the buzz with a string of UK tour dates for early 2014, including a London show at The Old Blue Last which was hailed as being like “a topless drunk parading round city streets with a chainsaw. Menacing to the bone, there’s nothing capable of putting this to an early halt” by DIY Mag.

The band recorded the EP in July 2013 at the Motor Museum in Liverpool with Al Groves (Elvis Costello, The Coral) on production duties and debut single ‘Heavy Rain‘ outstripped all of the band’s expectations racking up multiple BBC Radio One plays from Zane Lowe (who picked the band as his Next Hype selection three times in 2 weeks), Ally McCrae & Jen Long, Phily Taggart & Alice Levine, Mike Davies and also saw coverage from XFM and many more.

More festival appearances to be announced over the coming weeks as the band return to the studio to work on their next installment of chaotic, caustic punk.